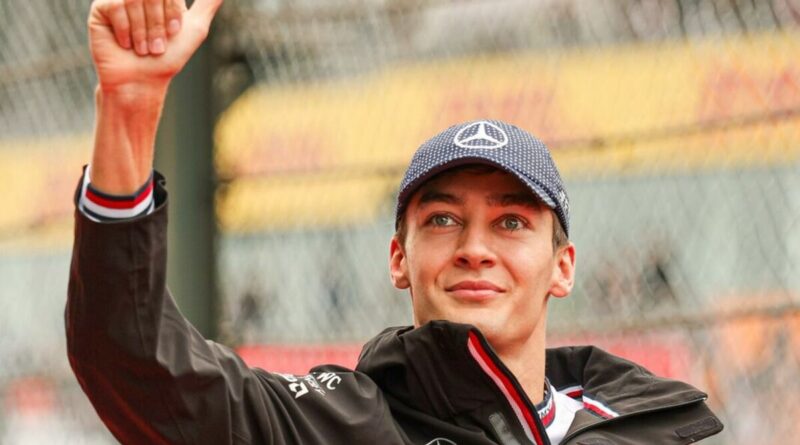 George Russell has joked about winning the ‘first race’ of the US Grand Prix weekend after his bag was the first off the plane on his arrival at the airport. Mercedes have yet to taste victory at a Formula One event this season, with time rapidly running out for them to correct that record before the season-ender in Abu Dhabi next month.

The Silver Arrows have struggled to reach their usual standards this season as they failed to adapt to the new technical regulations as well as Red Bull and Ferrari. Mercedes have clearly been the third-best team for the majority of the season and have tended to be worse in power-hungry tracks, with the W13 better suited to more technical circuits.

As a result, the team are yet to win a Grand Prix this season and are out of the running for the Constructors Championship which they have won in each of the last eight years. Lewis Hamilton looks set to lose his impressive record of winning a race every season that he has competed in Formula One which stretches back to 2007.

Despite this, Russell has jokingly claimed some success for Mercedes this season as he waited for his bags in Austin ahead of the US Grand Prix this weekend. The Brit’s suitcase came of the conveyor belt first and he claimed it as a victory.

“At least I’ve won one race this weekend!” the 24-year-old light-heartedly exclaimed according to Formula One journalist Adam Cooper before he continued his check-in at the airport.

Meanwhile, former world champion Damon Hill has praised Russell for his first season at Mercedes as he leads Hamilton in the driver’s standings with just four races left to go.

“George Russell has come in, and he’s come into this very difficult situation,” he told the F1 Nation podcast. “It really is putting your head in the lion’s mouth. He’s absolutely stamped his authority and credentials on this team and also as a viable contender and a viable teammate to Lewis Hamilton.

“There are not many people that have managed not to be crushed by that relationship. And Lewis has had some bad luck this year. Maybe he wasn’t all there at the start of the season for good reasons, but he’s coming back.

“Although George is ahead on points, I think that Lewis is definitely creeping and recovering those points gradually over the last few races of the season. So he needs to double down a little bit, and his first season with this team has been absolutely fantastic. Outstanding, and he’s shown what a quality driver he is – definitely got championship potential.” 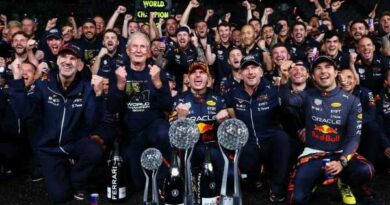 Max Verstappen verdict given on both F1 titles being ‘tarnished’