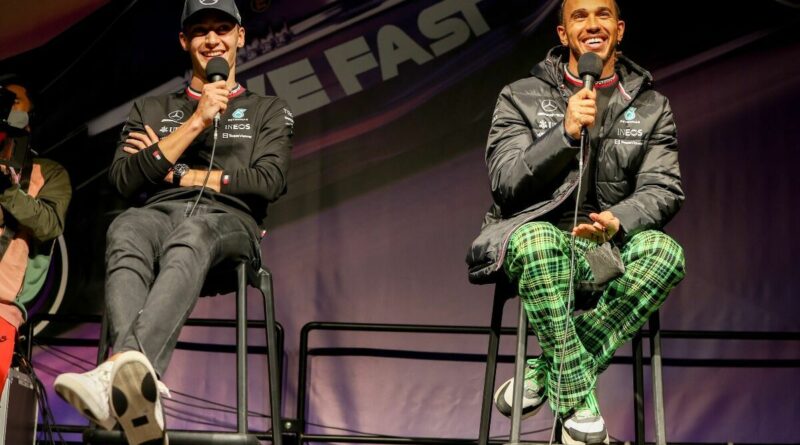 George Russell has been praised for doing a “blinding job” at Mercedes and “respecting” teammate Lewis Hamilton. The 24-year-old has had much to adjust to since arriving at the reigning constructors champions and, despite the challenges the team face, he had enjoyed an impressive start.

The Brit has managed to finish inside the top five each time so far in this campaign, finishing fourth last time out in Imola, adding to his podium finish in Australia. He has managed to extract the most from an under-performing car and should the silver arrows bring upgrades for this weekend’s Miami GP, the former Williams racer may begin to apply pressure on his rivals at Red Bull and Ferrari.

Members of the F1 world have lauded the youngster for his efforts thus far, including former driver John Watson. Speaking to RacingNews365.com, the five-time Grand Prix winner took a moment to recognise Russell’s performances in 2022.

“I think you can’t state highly enough what he has done in the first four races,” he said. “I think the way he’s conducted himself within the team and within the media… he’s not standing in the front and taking the limelight, he’s respecting Lewis’ legacy.

“At the same time, he’s doing an absolutely blinding job, and his drive [at Imola] on Sunday was an outstanding drive.” Last weekend’s Imola GP was a complete disaster for Hamilton, who finished just 13th and, despite his best efforts, failed to overtake AlphaTauri driver Pierre Gasly. The seven-time champion was even lapped by race winner Max Verstappen and finished behind his teammate for the third successive race.

Much has been made of one of the worst Grand Prix weekends of Hamilton’s career, but Watson believes it has been blown out of proportion. “Had the circumstances been the other way around, would George have done a better job than Lewis behind Gasly or not? I suspect probably not,” Watson added.

“George had a very good first lap and gained positions, and found himself in a much easier situation than Lewis. Lewis found himself bogged down in the middle of cars; he’s got cars around him, behind him, on top of him. If that had been in last year’s car, as we saw [in the Sprint race] in Brazil, he would have picked them off, but he’s not on that car. He hasn’t got that advantage over his competitors that he had in 2021.”

Ahead of Sunday’s inaugural Miami GP, Hamilton shared how nervous he was feeling ahead of the race as he aims to improve on the Imola debacle. “It has been nerve-wracking because I think it’s going to be such a huge event for us,” he told Good Morning America.

“We obviously have the race in Austin, Texas, which has always been amazing. The first race I had out here was Indianapolis in 2007. But now, with the Netflix series Drive to Survive growing, we have two Grand Prix in the States and another one in Vegas next year, so it’s going to be huge. I think [F1 has cracked the US market] now.

“I’ve been coming out here for a long, long time and I never quite understood why people weren’t into F1. Everyone knew NASCAR, and obviously you’ve got such huge sport fans out here. This Netflix show has just brought massive awareness, especially through the pandemic, and now it’s booming.” 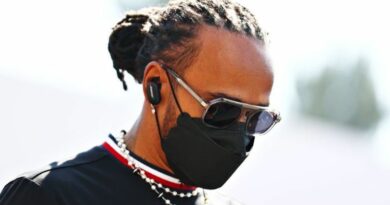