George Russell has a realistic way to prove Martin Brundle wrong during his debut season with Mercedes in 2022. Having made the switch from Williams, Russell will be the first new permanent driver with the Silver Arrows since Valtteri Bottas in 2017.

Williams’ lack of pace made Russell somewhat difficult to evaluate alongside the championship leaders.

In 2021, however, he achieved more than double the points of team-mate Nicholas Latifi, on top of nurturing his reputation as a dab hand in qualifying.

Nevertheless, his performance and impending switch to Mercedes was not enough for Brundle, in December, to place Russell in his top five F1 drivers.

Lewis Hamilton, Max Verstappen, Lando Norris and Charles Leclerc were all included, according to Motorsport-total.com, but the former Benetton and McLaren driver hesitated over his fifth choice.

Brundle was seemingly split between Russell and Sergio Perez, and the latter could be something of a direct rival for the Englishman in 2022, given how closely the 2021 season was contested between Mercedes and Red Bull.

With Hamilton and Verstappen viewed to be one step ahead of the rest, Russell may best learn where he stands by pitting his performance against that of Perez.

Given that a gap in performance may open up next season, one way or the other, between Mercedes and Red Bull because of a much-changed car, the 23-year-old’s realistic aim could be to stick closer to Hamilton than Perez does to Verstappen.

The title-chasing duo showed exactly how evenly-matched they are in 2021, so whoever stays closer to their team’s star driver out of Russell and Perez could be considered to have had the better season, and therefore deserving of a top-five spot.

While other factors are undoubtedly at play when it comes to breaking into the elite group, aiming to oust Perez by that measure could certainly stand Russell in good stead.

Of course, Russell will only get the chance to measure his abilities against Hamilton if the 37-year-old puts retirement rumours to bed and returns in 2022.

Since his agonising world title defeat in Abu Dhabi, barely anything has been heard from the seven-time world champion.

But plenty still believe that he will come back to avenge his defeat.

Verstappen himself is among them, offering his rival the following advice during December’s FIA prize-giving gala:

“I can understand that the first few days, after a race like that, you’re not happy. You should also understand this is racing and these things can happen to you,” he said.

“I think he should just look back at what he has achieved, and that should give him a lot of comfort and that drive to keep on going.

“He is still trying to challenge for that eighth title, and he can do that again next year, so I don’t see any reason why to give up or stop now.” 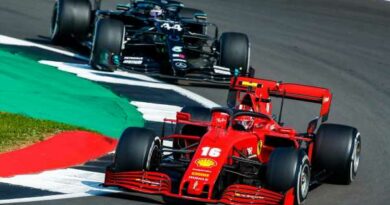 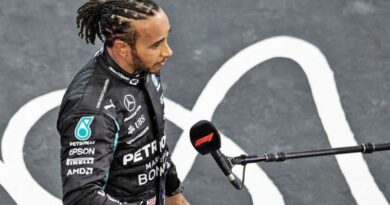