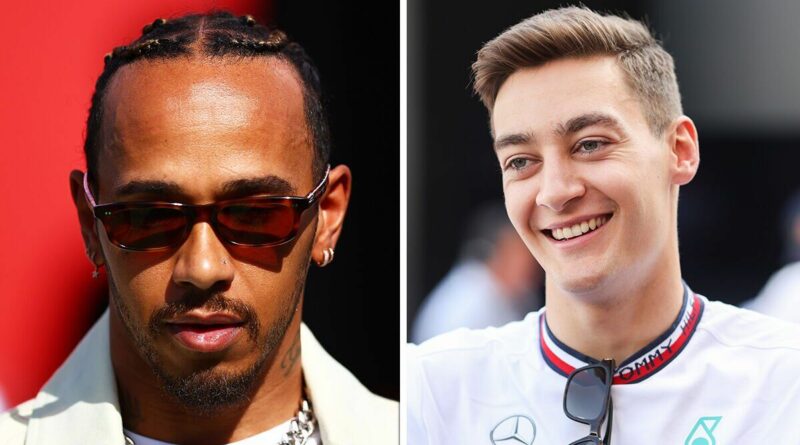 Lewis Hamilton is ‘no longer top dog’ at Mercedes as George Russell has knocked him off his perch, according to Eddie Jordan. The former team principal claimed Russell beating Hamilton this year had been one of ‘the big surprises’ of the new season.

The ex-Jordan boss claimed he was intrigued to see how Hamilton will overcome the challenge after a strong start from his junior team-mate. Russell is now 34 points clear of Hamilton in the drivers’ standings after an excellent start to the new campaign.

Speaking on Channel 4, Jordan said: “Absolutely, I think the big surprise is, everybody globally, in Formula 1 context, thinks that Lewis Hamilton is top dog. But he’s no longer top dog, not even in that team because Russell has taken his perch away.

“And I think it’s very interesting to watch and I want to see how Lewis is going to overcome that.” Russell has beaten Hamilton in every race in 2022 except for the season-opening Bahrain Grand Prix.

The former Williams man has also finished in the top five at every race this season with two podiums to his name. His consistency has kept him firmly in the title hint as he lies just over 40 points behind championship leader Max Verstappen.

Meanwhile, Hamilton is already 75 points adrift meaning battling for the crown is now an uphill task for the seven-time champion. However, Mercedes team principal Toto Wolff has warmed Russell’s success is not only down to pure pace.

He claimed many of the Mercedes rookies’ superior results have come after Hamilton struck bad luck.

The Austrian has predicted the ‘pendulum’ will eventually swing back towards Hamilton and claimed the drivers were both on the same pace.

Speaking after the race in Monaco. he said: “I think when you look at the bad spells that Lewis had [in] the race today – stuck again, contact with Esteban [Ocon], stuck behind Fernando [Alonso], the red flag in qualifying and you know what has happened in races before.

“I think the pendulum will swing in so these unlucky situations stop for Lewis – they’re very much on the same pace. [In] one practice one leads, then the other one, and that is great how they work together because we need to get the car straight.” 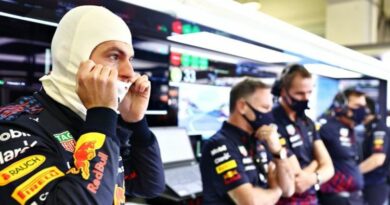