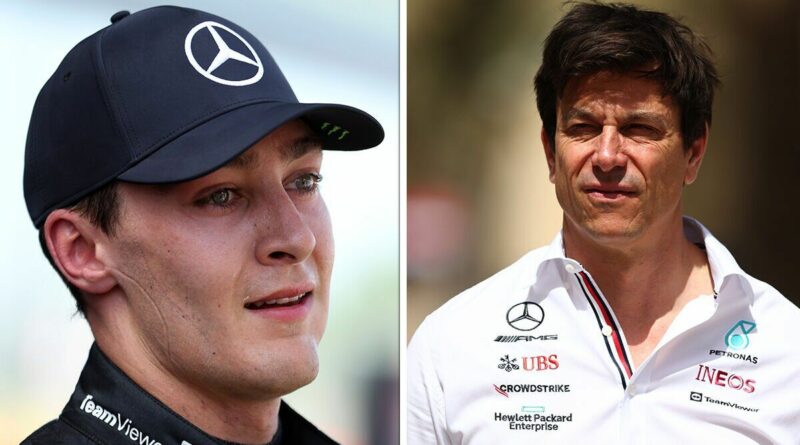 George Russell has warned Mercedes will have to put ‘everything on the line’ in qualifying to stand any chance of a good result at the Monaco Grand Prix. The Mercedes rookie has warned drivers ‘cannot overtake in the Grand Prix’ and would have to make Saturday count.

Speaking in a video for sponsors Petronas, he said: “You cannot overtake in the Grand Prix so you have to put everything on the line when it comes to the qualifying. The adrenaline running through your veins is just pumping,

“The car is at its lightest, the engine is cranked up to the max, you’re absolutely on the limit aiming to be millimetre perfect.” However, the Silver Arrows have relied on better Sundays this season to recover from mediocre qualifying sessions.

Last time out in Spain, Russell qualified fourth and was still half a second slower than Charles Leclerc’s best time despite the German manufacturer’s new upgrades. However, the Mercedes rookie passed Carlos Sainz off the line and briefly battled with Max Verstappen in second as he went on to secure a podium.

Hamilton also moved up from sixth on the grid to fifth but enjoyed a miraculous recovery from 19th after an early incident, a feat which would be impossible at a tight track like Monaco. Russell recovered from qualifying 12th at the Miami Grand Prix to record a P5 finish on Sunday,

Meanwhile, Russell jumped from 11th on the grid to fourth after an excellent start at the Emilia Romagna Grand Prix at Imola. The excellent race performances have ensured Mercedes keep in touch with the championship frontrunners.

However, Mercedes could be closer to the pace in qualifying in Monaco after hinting a new set of upgrades was ‘in the pipeline’. Andrew Shovlin, trackside engineering director for Mercedes, explained: “We can now see a route to develop our way out of this and back into a position where we can fight for pole and wins.

“We’ve got some unusual tracks coming up, starting with Monaco where we need to focus more on low-speed performance but we’ve got some parts in the pipeline that can hopefully help in that regard. After some tough months in Brackley and Brixworth, it was great to feel like we were racing again.”

Brazilian GP grid: Who starts where at Interlagos?