George Russell could partner Lewis Hamilton at Mercedes next season with Valtteri Bottas facing an uncertain future at the Silver Arrows. Russell has impressed again for Williams this season with speculation building he is set to join the championship-winning team.

That would leave Bottas without a drive for 2022 with many assuming his most likely destination would be a return to Williams.

A surprise option has emerged for the Finn though.

Bottas has already held talks with Alfa Romeo, according to Motorsport-Total.

From next season there will be no requirement for the team to have Ferrari junior drivers which opens the door for Bottas to potentially join the team.

Mercedes are expected to make a decision on their 2021 driver line-up during the summer break after the Hungarian Grand Prix.

Bottas impressed at the British Grand Prix last time out with Toto Wolff praising the 31-year-old.

“He had a brilliant weekend in my opinion because he could have been on pole if he would have had a tow on Friday night and that was obviously impacting his performance,” Wolff said.

“If you’re on pole it’s much easier.

“And he was very quick [in the race], he drove a really solid race, and just Lewis coming from behind on that hard [tyre] was just in another dimension to everyone else on track.

“But Valtteri was the second quickest car out there and helped for Lewis to secure the way. Valtteri’s just a great team member and great driver with the right character and personality.”

Russell is happy Hamilton is staying in F1 for at least two more years and wants to test himself against the best.

“It’s always difficult to compare against guys in different teams, as we know, the cars are so dominant,” Russell exclusively told Express Sport.

“Obviously, the drivers are so important, but the cars are the biggest factor in terms of performance at the moment, and hopefully next year, all of the teams, all the cars will be much closer together, I guess it’s all relative, really.

“Lewis is still going to be on the top of his game, and is still doing an excellent job.

“Everybody knows also how Red Bull have a fantastic car at the moment.

“You want to be racing against the best drivers in the world, and that’s what makes Formula One what it is.

“And Lewis is without a doubt, you know, obviously probably the greatest of all time and still is going incredibly strong.

“If Lewis wasn’t on the grid, we’d be missing out on one of the best drivers of it. So it’s just great to have him stay in for another couple of years.”

F1 returns with the Hungarian Grand Prix on Sunday, August 1. 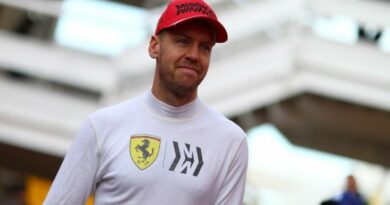 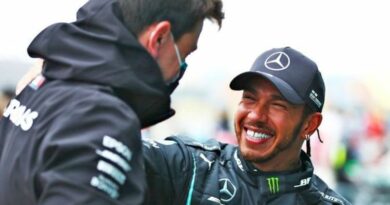 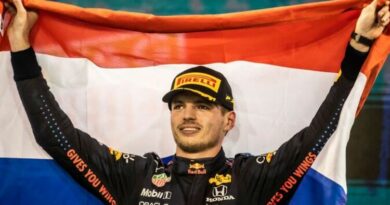