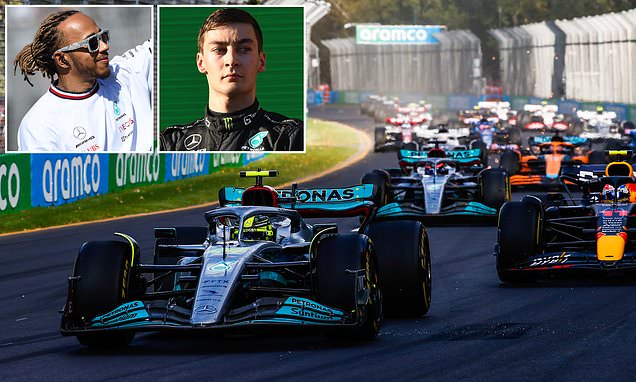 Lewis Hamilton has claimed he and team-mate George Russell produced a ‘great result’ for Mercedes by finishing fourth and third respectively at the Australian Grand Prix.

But the seven-time world champion could not hide his frustration at his ongoing car troubles and revealed engine issues prevented him from taking on the drivers ahead of him.

Ferrari’s Charles Leclerc dominated the Melbourne race to take his second win of the season, while Max Verstappen was forced to retire with car problems of his own as his Red Bull caught fire. 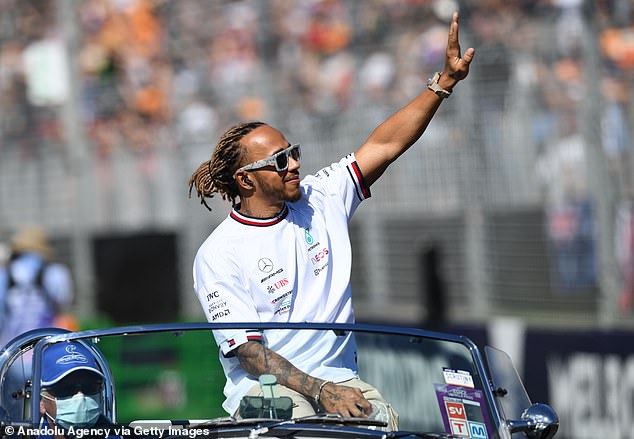 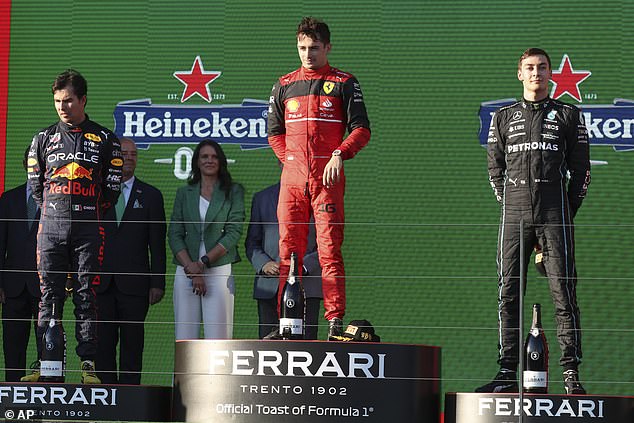 Russell’s podium finish moved him second place in the driver standings, and Hamilton hailed his team-mate’s performance given the huge issues they have suffered with their vehicles.

‘It’s a great result for us as a team, honestly,’ Hamilton told Sky Sports.

‘In this weekend we’ve had so many difficult moments with the car, so to get ourselves fifth and sixth in qualifying, to have progressed like we have and have the reliability (from the cars).

‘We definitely didn’t expect to have third and fourth (place) and George (Russell) did a great job today.’ 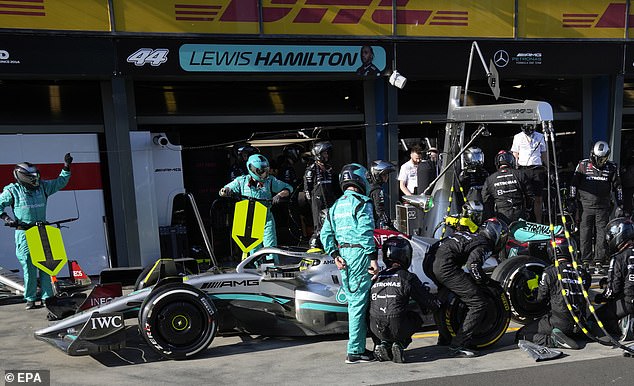 Unable to hide his fiercely competitive nature, Hamilton could not help but express disappointment that he could not take on Russell for a podium place.

‘I got to see a bit of the battle of him racing (Sergio) Perez. I wish I could have been in it, but nonetheless we’ll take these points and we’ll keep pushing.’

Hamilton appeared to express his irritation at Russell getting a fortunate ‘free’ pit under the safety car, saying on the team radio in the race: ‘You guys put me in a really difficult position’. 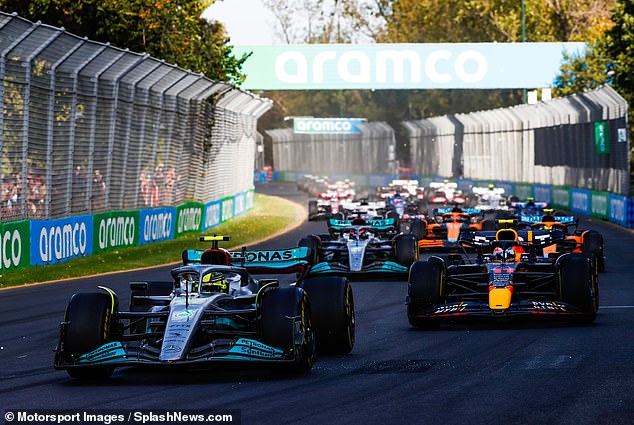 But he clarified the comment was once again to do with his own car troubles.

‘Well I couldn’t fight for third because the engine was overheating,’ Hamilton revealed. ‘So I had to back off (and) just sit behind (Russell and Perez).

‘But as I said, we bagged as many points as we could as a team, and that’s great.’ 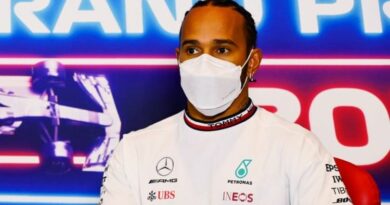