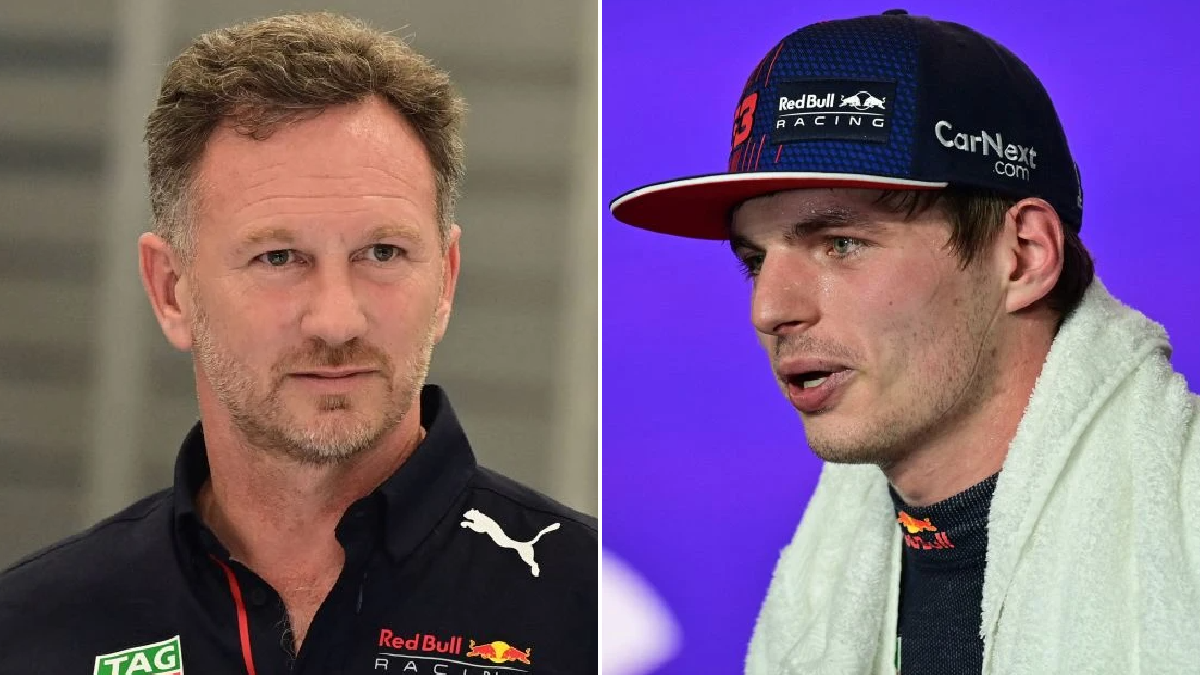 Red Bull chief Christian Horner appeared to take a swipe at Lewis Hamilton after the Saudi Arabian Grand Prix, while Max Verstappen thanked fans for ‘having a clear mind about racing’ after being voted Driver of the Day.

The 24-year-old lost his long-held lead in the drivers’ championship on a chaotic and dramatic night in Jeddah, having been forced to give back first place late in the race and handed a five-second penalty.

Hamilton also drove into the back of Verstappen as he attempted to cede his position, with the seven-time champ accusing his rival of ‘brake testing’ him and crossing a line.

Team principle Horner rubbished those suggestions, claiming Hamilton was slowing down as they approached the DRS line, while he also seemed to take a swipe at the Mercedes driver for his inability to stay with Verstappen in the first sector.

Speaking to Sky Sports, Horner said: ‘I think we feel hard done by with the five-second penalty and then the incident where Lewis has driven up the back of Max, they’ll go and explain in front of the stewards.

Replying to Damon Hill in what appeared to be a dig at Hamilton’s performance, he added: ‘I think as you well know Damon, the first sector is down to the driver and the next two sectors are engine dominated. So anybody can drive easy down the straight bits.

‘I think what Max was able to do through the demands of sector one was truly impressive. And it was his only chance of staying ahead. If you look at the difference in performance around the lap, it was remarkable what he was able to do.’

Verstappen was in a similarly combative move after the race – which means the title will now be decided in next week’s season finale in Abu Dhabi – and hit out at his penalty, while he clearly felt his driving had been within the limits.

He said: ‘I find it interesting that I am the one who gets the penalty when both of us ran outside the white line. In Brazil it was fine and now suddenly I get a penalty for it when you can see both didn’t make the corner.’

Reacting to being voted Driver of the Day by fans, Verstappen added: ‘Luckily the fans have a clear mind about racing. I’m just trying to race. This sport is more about penalties than racing. I’m pleased the fans enjoyed it and I gave it my all today.’

Lewis Hamilton says he hasn’t ‘given up’ after Instagram posts 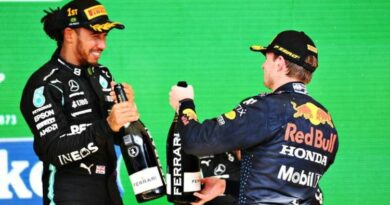