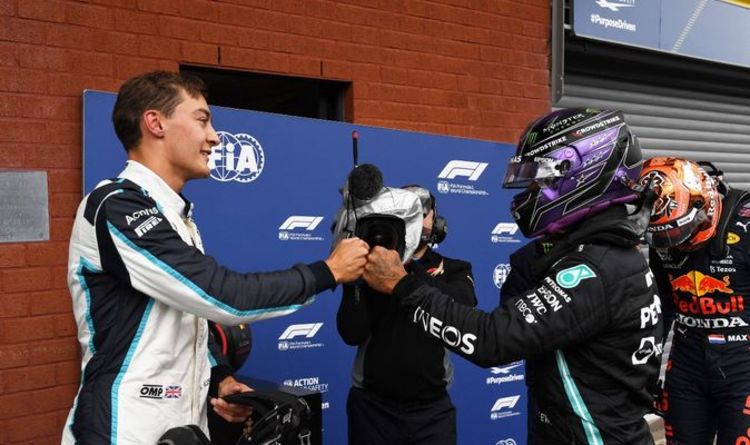 Lewis Hamilton will soon have a new teammate in the form of George Russell. The 23-year-old has signed a three-year deal with Mercedes and will join the team next season.

In the wake of the announcement, pictures have surfaced of Russell and Hamilton meeting several years ago.

Hamilton was in the early stages of his career when he met his compatriot and gave the young Russell a watch as they posed for a snap.

He posted the throwback snap and a pair of them in their racing gear shaking hands.

The 36-year-old penned: “I want to take a moment to welcome @georgerussell63 to the team.

“I remember meeting him when he was young, dreaming of one day being a Formula 1 driver. I’d only just reached my own dream of becoming an F1 driver, so I know what this day means and how it will feel for him.

“He is a great example to all the kids out there that dreams do come true when you chase them wholeheartedly. Through hard work he has rightly earned his spot on our team.

“I look forward to seeing him grow as a driver with this great team and working with him to raise @mercedesamgf1 higher. See you next year.”

Russell made his F1 debut in 2019 as part of the Williams team and secured his best ever finish in last month’s rain-affected Belgian Grand Prix, where he finished second.

He will be heading for pastures new at the end of the season and took to Instagram to share his thoughts and feelings after the announcement.

“It’s official. Next year, I’ll be a Mercedes F1 driver. This is a special day for me personally and professionally, but also a day of mixed emotion,” he penned.

“I’m excited and humbled to be joining Mercedes next year, which is a huge career step, but it also means I’ll be saying goodbye to my team-mates and friends at Williams.

“It has been an honour working alongside every member of the team, and an honour to represent the Williams name in F1.

“A huge thank you to Williams, to Mercedes and to everyone who has supported me in getting to where I am today. I couldn’t have done it without every single one of you.”

The Briton stressed how challenging it will be to drive for the reigning Constructors champions, but it is an opportunity that he relishes.

He added: “I’m under no illusions as to the scale of the challenge; it’s going to be a steep learning curve. Valtteri has set a high bar, consistently delivering week in and week out, scoring wins, pole positions and helping win multiple championship titles.

“My target must be to reward the trust that Toto, the team, and the board have placed in me by ensuring I play my part in continuing that success and I want to do my new team-mates proud.”

He gushed over his new teammate Hamilton and is looking forward to driving alongside the racing legend.

He wrote: “One of those new team-mates is in my opinion the greatest driver of all time. I’ve looked up to Lewis since I was in go-karts and the opportunity to learn from someone who has become a role model both on and off track can only benefit me as a driver, a professional, and a human being.” 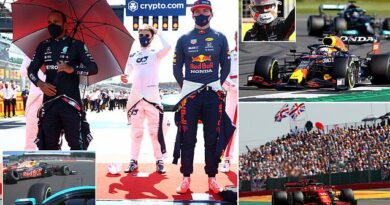 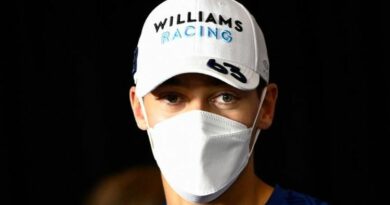