Jamie Chadwick admits her Formula One dream felt a millions miles away before a trip to New Zealand transformed her career.

The 22-year-old, widely regarded as one of Britain’s leading women racing drivers, made the trip across the world in mid-March to take part in development driving for Rodin Cars.

Chadwick provided on-track feedback for the New Zealand-based car manufacturer who are aiming to produce the world's fastest track car and make it commercially available.

Little did she know at the time, but a few months later Rodin's multi-millionaire boss David Dicker reached into his own pocket to back Chadwick's own quest for racing history.

The substantial financial backing will see the Bath-born racer compete in the regional Formula 3 season beginning next month, with the aim of rising up to International F3 and F2 with the Prema team.

And Chadwick, who clinched the inaugural W Series title last season, admits she still has to pinch herself as she aims to become the first female driver to compete in an F1 race since Lella Lombardi in 1976.

"(It came out of the blue) 100 per cent," she said. "When I went out there, it was purely to do some development work.

"To come away from New Zealand with that in the back of my mind, and then to be able to get it all confirmed and cleared up now, it’s been a dream come true for me."

Chadwick now has the opportunity to race for Prema who boast Ferrari driver Charles Leclerc among their graduates.

But the negotiations were by no means plain sailing, with Chadwick aware of what was at stake.

She added: "Honestly, I’ve never been so stressed. I think there was three weeks where it was all kind of back and forth – and obviously with the time difference, there were a lot of phone calls going on that were either quite late at night for us or quite early in the morning.

"My whole career depended on one guy saying yes or no. But it’s never a simple yes or no for a long period in talks.

"It was definitely a bit stressful, I remember it really well. I got the times wrong, it was a conference call at night and by the time we finished the call it was around 11pm.

"There was a lot of small talk at the beginning and rambling on, then at the end he just ‘yes, we are going to do it, I’m happy to do it. What’s next?'."

With 25 Super License points on the table in the F3 regional championship, Chadwick will hope to add to the 10 she picked up at the Asian F3 series last winter.

Currently, drivers must collect 40 points across three seasons by competing in other racing series before being granted the super licence required for F1 race participation.

Rodin's support now moves Chadwick, who is also a development driver for the Williams F1 team, closer to achieving her dream.

"F1 has always been in the background and been a goal but I think it’s never necessarily been 100 per cent realistic," she added. "Knowing the backing and everything that is required to get to the top places, it’s tough.

"But with the support of David and what he’s offering to give me over the next few years, the opportunity is there.

"I now know, like in any sport, I will make it, but if I don’t perform then I won’t. It's bit of pressure but a really nice way to think. It’s a really exciting position for me to be in.

"Obviously W Series last year has been the biggest springboard for my career and again a huge, huge opportunity with the exposure and financial support that came with it; that was massive.

"But you constantly need these leg ups.

"It’s amazing that the second leg up has come through David and off the back of last year’s success with W Series, it couldn’t be better timing." 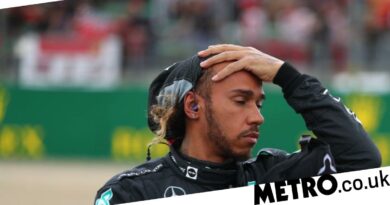