Lewis Hamilton will look to take a major step towards his sixth world drivers’ title with victory at a rain-soaked Japanese Grand Prix.

The Briton tops the drivers’ championship standings currently but can further strengthen his title hopes with victory in Japan.

With a raging typhoon taking charge on Saturday, qualifying will take place hours before the race. Follow all the action with Sportsmail’s DAN RIPLEY.

Just in case you had been living under a rock in the last few days. The typhoon that has wrecked havoc in Japan and also led to disruption to other sports including the Rugby World Cup. It of course led to the axing of Saturday’s running at Suzuka, with final practice canned and qualifying being moved to 2am BST on Sunday morning.

Thinking of calling it a night? Not so fast! We’ve got plenty to keep you going right through until breakfast as I welcome you to a double serving of action from Suzuka starting with qualifying and then of course the Japanese Grand Prix later.

So good evening/morning and welcome to our live coverage. 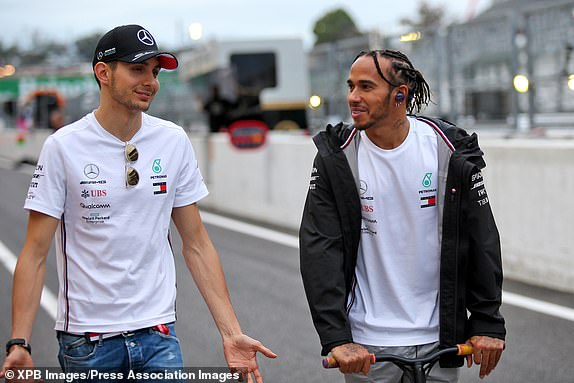