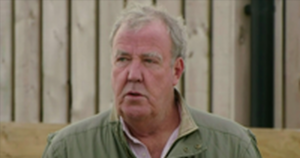 Clarkson’s remarks come after Mazepin revealed that he wasn’t thinking about how his homeland, Russia, had just invaded Ukraine and that he was unfazed by what is happening.

The driver was heard saying: “As an athlete competing at the highest level you know what's going on in the world at the moment and obviously it involves Russia.

“I'm not struggling at all because I've always been a big supporter of sports without politics and today I'm in Barcelona."

Many were quick to criticise Mazepin for his comments, especially after the driver revealed that he was hoping that the Russian Grand Prix would still go ahead.

However, that will not be the case as it was revealed on Friday that the race, scheduled for September, has been cancelled because of the ongoing war.

Before that announcement, Clarkson tweeted to his 7.6million followers: “Nikita Mazepin. You f***ing r****d. Go and race in Russia on your own. You’d still lose.”

Although many agreed with Clarkson in his criticism of Mazepin, his phrasing caused a stir online.

One follower replied: “Many, many words that you could have chosen that would have been fine but that one word ruins the statement… why? Is there any need?”

But Clarkson doubled down, responding: “Nope. I think I got it right.”

Plenty flocked to the 61-year-old’s tweets to remind the TV personality of the slur used in his tweet.

One F1-orientated account responded: “You destroyed the entire point of this statement and all of your credibility by using a slur. F***ing absolutely disgusted.”

Another user added: “I’m all up for having an opinion but disability slurs are not on.”

“You could’ve said the exact same thing without the slur and the message would’ve been just as impactful," said another fan.

Clarkson is yet to respond to the criticism, and it remains to be seen how Mazepin's sponsors and team deals with his recent comments. 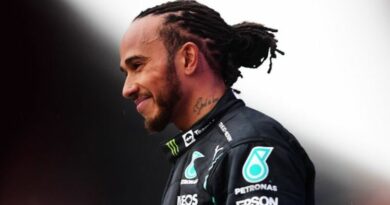 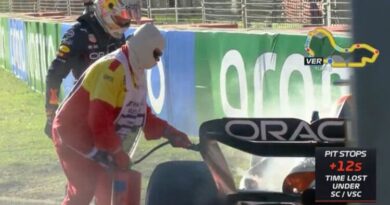