Max Verstappen appeared to take a swipe at Lewis Hamilton and Mercedes as he showered praise on current title rivals Ferrari.

Verstappen and Hamilton engaged in a battle for the ages for the 2021 F1 title. Their rivalry boiled over on several occasions, with the pair colliding at Silverstone, Monza and in Saudi Arabia.

This season, with Mercedes off the pace, Verstappen is up against Ferrari and Charles Leclerc for the title. The former karting rivals have had a number of lively duels on track, but there has been no repeat of the controversy seen last year.

And in an interview with Sky Sports ahead of this weekend’s Hungarian Grand Prix, Verstappen spoke of his huge respect for Ferrari and Leclerc, largely dismissing seven-time world champion Hamilton and his team.

Asked if his fight with Hamilton, 13 years his senior, was a battle of generations, he said: “For sure. But I prefer what we have now. First of all, Charles, I know very well. He’s a nice guy, we are a similar age, we’re only three weeks apart.

“And certain people within the team… Mattia [Binotto, team boss], I have a really good relationship with him. Even on Saturday night, we had a laugh in Paul Ricard [at the French Grand Prix].

“That’s great because I think that’s what racing should be about. We are hard competitors on the track but outside of it, you can have a good time as well. That’s what I really enjoy about this year.”

What do you think about Verstappen's comments? Have your say in the comments section below. Pressed on why that wasn’t the case when he was battling Mercedes, Verstappen added: “I don’t know, it’s just the click we have at moment. I have a lot of respect for Ferrari in general. It’s nice.”

“Disappointing in many respects,” said Herbert. “He seems to just dismiss Lewis straight away and then he was straight onto Ferrari and Charles and battles they’ve had.

“I thought he was liking the battles they were having on track [last year] but clearly there, not at all. I don’t understand why his comments would be so negative towards Lewis and the battles they had last year. I’m quite perplexed.” 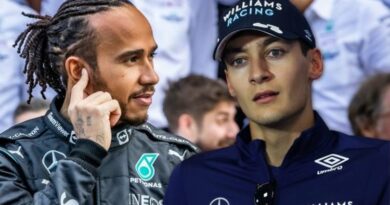 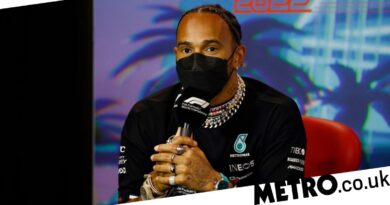 'If they stop me, so be it' – Hamilton threatens F1 boycott over jewellery ban