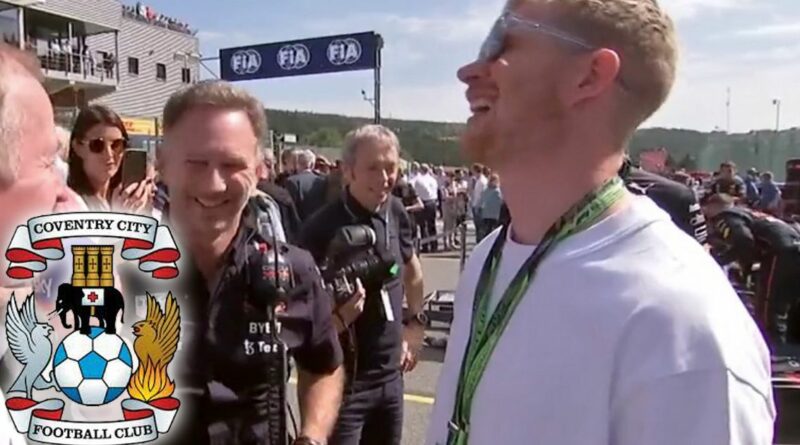 Kevin de Bruyne was back in his homeland today to cheer on Max Verstappen and Red Bull at the Belgian Grand Prix.

Fresh from helping Manchester City to a dramatic Premier League victory over Crystal Palace on Saturday, De Bruyne was a guest of Red Bull and swapped team shirts with Verstappen before the race. Therefore it was no surprise that he was collared by Sky Sports F1’s Martin Brundle during his pre-race grid walk.

“I know Max a little bit, we speak from time to time. It’s nice for me to come home to Belgium to support Max and the team and hopefully they can have a good race,” he told Brundle.

The Belgian international was then asked by Brundle if he had played the world champion on the computer game FIFA, but De Bruyne said he preferred playing shooting and racing games.

When Brundle suggested Christian Horner, who was standing nearby, could give him a go in a Red Bull F1 car, Horner answered: “Only if he plays for Coventry City!”

Horner is a huge fan of the Sky Blues, who could certainly do with a sprinkle of De Bruyne’s quality after losing 3-2 at Hull City in the Championship on Saturday.

Can anyone stop Max Verstappen this season? Have your say in the#comments-section

There was a better result for Horner on Sunday though as Verstappen secured a dominant victory, despite starting the race down in 14th after incurring an engine penalty.

The Dutchman picked his way through the first-lap carnage triggered by the collision between Lewis Hamilton and Fernando Alonso and soon took the lead of the race. 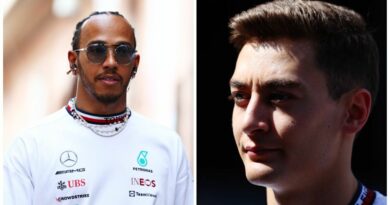 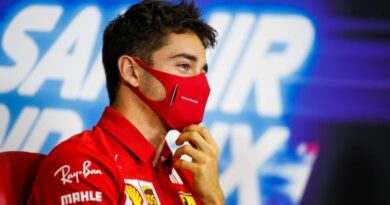