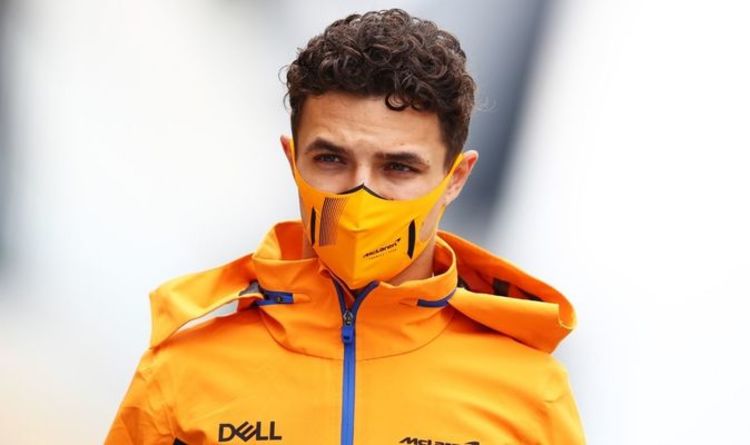 McLaren driver Lando Norris has opened up about his “scary” mugging after the Briton was attacked during the Euro 2020 finals between England and Italy, in which the Briton had a watch stolen worth a reported £40,000.

It’s reported the 21-year-old was returning to his car in an official Wembley car park when he was approached by two men as he made his way back to his McLaren.

A team statement said Norris was “unharmed but understandably shaken” ahead of the British Grand Prix.

Speaking on Thursday, Norris opened up about his experience, and the impact it’s had.

“I’m not in perfect condition – I’ve been better, I’m just trying to recover and make sure I’m completely ready but there’s not a lot I can do.”

JUST IN:
George Russell rules out Red Bull as an option for 2022

“The biggest thing was the shock of feeling like you’re going home and something happens so quickly like that.

“The biggest struggle is shock is that you can still be vulnerable in any position.

“It’s a scary thing, I don’t wish it on anyone. I hope people can make changes so that it doesn’t.

Norris, who currently sits fourth in the world championship standings coming into his home race at Silverstone, was watching the game in the corporate box as England lost on penalties.

Police made many arrests as violence broke out inside and outside of the stadium.

“For sure, to take my mind off it and to focus on something else – to stop thinking about it. I’m an over-thinker, I over-think way too many things.

“Whatever the scenario is, whether it’s racing or life or whatever.

“Things like that are not nice. To come into this and get my mind off it and focus on seeing the fans, that’s something I look forward to.”

Max Verstappen leads the way for Red Bull in the standings, as Mercedes Lewis Hamilton trails by 32 points in the driver standings as Silverstone prepares to host a full capacity crowd at the Northampton circuit.

140,000 fans are expected over the three days, where F1 will trial out sprint qualifying for the first time this season. 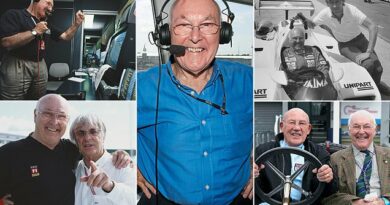