McLaren star Lando Norris has revealed the ‘creepy’ side of being an F1 driver, citing the abuse directed at his innocent friends due to his fame. Norris is perhaps the face of Formula 1’s young, social media-savvy generation coming through due to his presence on such platforms.

He has 4.4 million followers on Instagram, 1.5 million on Twitter and 1.1 million on Twitch, with his following on the streaming platform being particularly notable.

In the early months of the pandemic, Norris set streaming records as the world turned to online gaming in the absence of live sports – and the Brit is as likeable and relatable off the track as he is talented on it.

An advocate for mental health awareness, Norris is incredibly popular with fans, with a recent poll of 167,000 F1 fans ranking the 22-year-old as the second-most popular driver in the sport behind Max Verstappen.

His fame comes at a price, though, as Norris finds the self-appointed social media sleuths that delve into his personal life to find intimate details rather strange.

“It’s very, very weird,” Norris said of such people in an interview with ESPN.

“Honestly, it’s very creepy what some people do. The time they spend trying to investigate things or people or whatever.

While Norris clearly appreciates his fanbase, he does not agree with ‘F1 Twitter’ – which has become a hive of abuse and trolling where the anonymous can hide behind a screen.

“I think the one bad thing is just personal life with friends, people who through no fault of their own get put into the spotlight sometimes because of being seen with me or me following them on social media or something,” Norris continued.

“I think that’s been the worst side of it: someone who is just quiet on their own and they’re seen with me at dinner or on a post on Instagram.

“There’s still a lot of nasty fans, a lot of fans which are just not nice and just use a lot of people and things like that.

“I’d say that’s been the worst thing about the popularity, is those kind of people. The people who don’t respect your personal life at all and the people you hang with and so on. That’s definitely the worst bit of it.”

Norris understands these issues come with his notoriety as a high-level sportsperson, and he accepts criticism from a wide range of people.

However, the McLaren prodigy believes abuse directed at his friends and close acquaintances is disgusting.

“It’s disrespectful, I feel, to someone who through no fault of their own, I guess because they’re my friend or something, gets abuse on social media because someone doesn’t like the top they wear and it’s because they’re friends with me… crap like that,” Norris added.

“That’s the only thing I really hate about being in the position I’m in now.”

Norris is currently fifth in the Drivers’ Championship with 153 points – a single point clear of Ferrari’s Charles Leclerc as the leading driver outside of Mercedes or Red Bull. 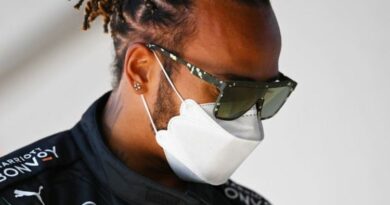