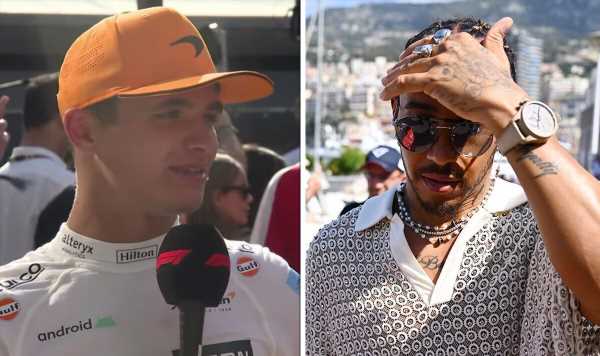 Lando Norris has claimed Mercedes could easily get on top of their bouncing issues with a simple fix. The McLaren star has said the team could put a “much stiffer floor” on Lewis Hamilton and George Russell’s cars as well as “raise the ride height”.

However, Norris stressed the team “obviously don’t want to lose performance” by making the changes. The Briton even claimed teams should be looking at fixing the issue themselves after a series of calls for rule changes.

Speaking to F1 TV’s post-race show, he said: “It’s what you have to deal with, it’s the trade of trying to gain performance. We can quite easily go lower, gain performance but have more porpoising.

“But we just think where we are at is the correct amount. I’m sure the Mercedes can have a much stiffer floor and raise the ride height and it would be much nicer for them.

“But they obviously just don’t want to lose performance. I don’t think it’s anything to complain about, it’s just people need to find a way of fixing it themselves.”

Mercedes have struggled with bouncing at the last two circuits with Hamilton looking visibly distressed after the Azerbaijan Grand Prix. At one stage he appeared to scream in agony that his back was ‘killing’ him over the team radio.

After the race, the seven-time champion appeared he was struggling to get out of the car and later admitted he was biting down on his teeth due to the pain. He added: “I cannot express the pain that you experience, particularly on the straight here. At the end you are just praying for it to end.”

However, instead of changing their design Mercedes look set to push for rule changes. George Russell said the issues were a “recipe for disaster” and said he didn’t know if it was possible to sustain the problems for the next three years of the regulations.

Ahead of the race, Toto Wolff appeared to demand talks with the FIA over the situation as he questioned the regulations.

He said: “I think that most of the drivers have now come to the conclusion that it’s really bad. The regulations will follow for many years. It’s the moment now to say that is a real issue and what can we do to lift everybody up.” 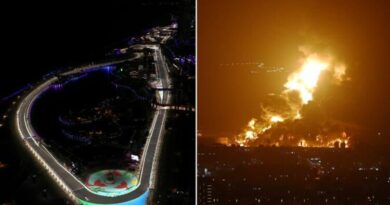 OLIVER HOLT: It is time Lewis Hamilton gets the credit he deserves