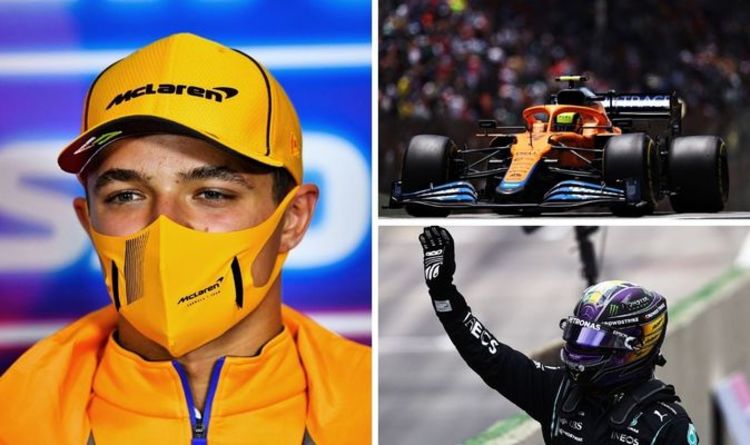 McLaren star Lando Norris believes Lewis Hamilton should ‘drive with three wheels’ to make it harder for the Brit after his superb sprint race performance. Hamilton was disqualified from qualifying – losing pole position – and forced to start at the back of the grid for sprint qualifying, but the seven-time world champion recovered to finish P5.

The 36-year-old will therefore start P10 on Sunday after taking a five-place grid penalty after implementing a new engine.

Norris will be primarily competing with Ferrari as the two motorsport giants battle for P3 in the Constructors’ Championship, but the 22-year-old praised Hamilton’s exceptional performance during the sprint.

When shown a replay by Sky F1 of Hamilton’s overtake on him on the final lap, Norris said: “Looks pretty easy for him, doesn’t it? He’s not even had to work.

“It wasn’t that good of an overtake. I just didn’t need to take any stupid risks trying to defend – he’s in a different league compared to us.”

Norris expects Hamilton to fight back again on Sunday and the young Brit admitted he won’t defend against his compatriot.

“No point wasting any of my own tyres trying to keep this car behind me,” Norris added.

“If he has gone from last to fifth in 24 laps then he should have three wheels on his car or something to make it a little bit harder for him.”

Norris beat Charles Leclerc to the line with an impressive move on the inside of the Monegasque driver.

Norris’ former teammate Carlos Sainz was out of reach in the other Ferrari and the Spaniard will start from P3 at Interlagos.

The Brit was pleased to simply be ahead of one of the red racing cars as he targets a strong performance on Sunday,

“I think it was a good race for me. I was happy with today, ahead of the Ferrari which was one of our jobs, another one would have been lovely, but he [Sainz] was too far ahead,” Norris stated.

“I was pretty shocking in FP2 earlier and just not driving very well, but with my driving I made some improvements for the race and it definitely paid off in terms of the pace against Charles, so I’m happy, I’m smiling at least.

“The pace in the first half of the race for some reason was surprisingly strong and I could keep a good pace with Charles, keep good position.

“He was a bit all over the place making a lot of mistakes, so I capitalised on it and managed to get past him. So from a rivalry point of view it was a good overtake, but as soon as I got past him I just stopped, I hit a bit of a brick wall and thought I’d have some pace to get to the guys ahead but I didn’t.”

Formula 1 returns to the Interlagos in Sao Paulo for the Brazilian Grand Prix on November 14, with Red Bull star Verstappen holding a 19-point lead over Mercedes’ Hamilton. 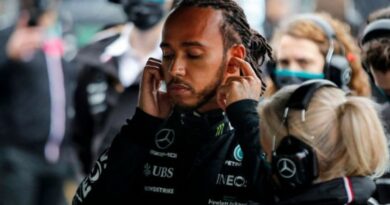