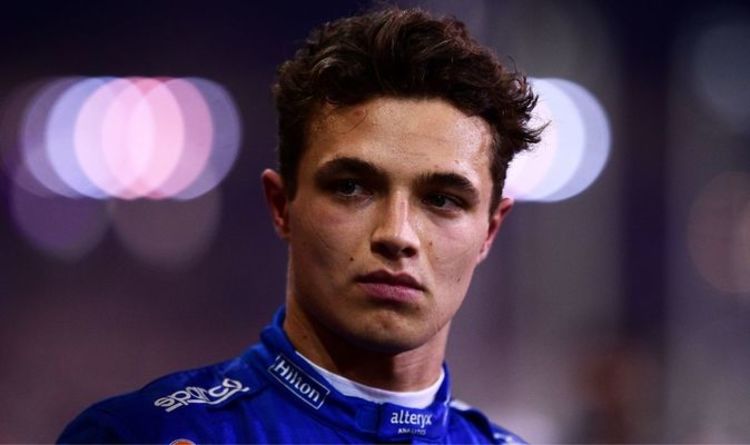 McLaren’s Lando Norris will have the best seat in the house on Sunday afternoon as the 22-year-old starts directly behind the two title protagonists Lewis Hamilton and Max Verstappen ahead of the Abu Dhabi Grand Prix, but the Briton admits he is wary of causing “controversy” when the lights go out.

Norris starts third for the final race of the season at Yas Marina, behind Hamilton, with Verstappen grabbing the final pole position of 2021 as the pair enter the season finale level on points.

With a winner-takes-all champion set to be crowned, Norris explained he’d like to keep his nose clean off the line.

“I’m a bit nervous,” admitted Norris. “I want to stay where I am and just watch everything unfold over the first few laps or even the whole race, but I also don’t want really to get involved too much because it can cause a lot of controversy.

McLaren’s third-place start came as a shock to everyone in the paddock, including the driver himself.

When asked by David Coulthard after the session where the pace came from, Norris responded: “I don’t know really! I made some improvements but also a few mistakes and then I just did a clean lap in the end.

“I went for pole, but didn’t quite work out, was a little bit off. But that was a nice lap and to get P3 is a bit of a surprise.”

Verstappen stormed to pole to position thanks to a bold strategy call by Red Bull who used Sergio Perez to their advantage in Abu Dhabi.

With the tow from his team-mate through the straights, the Dutchman set a 1:22.109, almost four-tenths quicker than the Mercedes’ fastest time at Yas Marina.

“This is of course what we wanted but never easy with their form from the last few races,” Verstappen said.

“Now I’m just looking forward to tomorrow because that’s the most important.

“I felt good on both tyres. Naturally now in the evening, it’s a bit cooler so it should be a bit easier for the soft tyres, but we’ll see tomorrow.

“It’s very important to have a good start and from there onwards we just try to do our race to the very best, then we’ll see where we end up.”

The season finale gets underway at 1pm GMT on Sunday on Channel 4 alongside its usual home of Sky Sports F1, with the normal coverage on BBC 5 Live in the UK.

Formula One: Leclerc 'not surprised' by Ferrari struggles 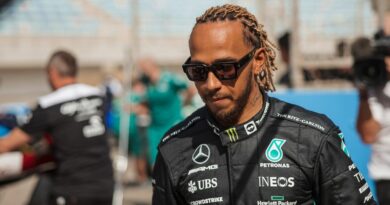