Lewis Hamilton has admitted to having a ‘different feel’ about F1 these days amid talk he could retire. The Brit recently lost out to Max Verstappen in the race to be crowned Formula One champion. Since then, there’s been plenty of chatter the 36-year-old will walk away – despite having two years left on his contract.

Hamilton went into the deciding race in Abu Dhabi looking to win an eighth F1 title, which would have moved him ahead of Michael Schumacher in the history books.

However, due to an incident involving the safety car, the 36-year-old ended up missing out on the glory he coveted so much.

Mercedes launched two appeals over the outcome of the race in the immediate aftermath – though stopped short of a third last week.

Since the chaos in Abu Dhabi, rumours have arisen suggesting Hamilton will retire despite being so agonisingly close to making history.

Now, the Brit has dropped a hint over a ‘different feel’ in an interview with Town and Country Mag, which was conducted before the season finale.

He said: “When I was younger, all I could think about was training and winning and being the best I could be.

“Now, I have a different feel.”

Hamilton, when asked about how he stays ambitious within the sport, then appeared to concede he’s happy for other racers to reign supreme.

“Yes, I want to win but I’m in a place where I really want to see everyone succeed.”

“I was like, ‘I don’t want to be a driver that you hire and it’s kind of a service relationship,” he said.

“’I don’t want to just make you guys successful in the race.

“How can we be impactful and help people?’ Now, with the commission’s findings, we can see some of the reasons racing lacks diversity and we’re working together as a sport to create a better pipeline.

“And as a team, we’re leading the effort.”

Former F1 drivers have rallied behind Hamilton in the wake of his F1 heartache, insisting he should stay on for at least one more year.

Ex-Renault star Joylon Palmer said: “Lewis was very magnanimous in the harshest defeat and certainly displayed a champion’s grace and sportsmanship, much like Felipe Massa in 2008 as Lewis celebrated his first success.

“He’s been brilliant all year and shows no signs of slowing down.

“I’m sure he’ll be back pushing as hard as always for number eight next season.”

Before Verstappen, Nico Rosberg was the last driver to beat Hamilton to Formula One glory.

And the German recently opened up on his former Mercedes team-mate, backing him to come back even stronger next time out.

“It was heartbreaking for him, absolutely, because up until four laps from the end he was almost certain to be world champion,” he said.

“Then with this change of procedure or whatever you want to call it, suddenly he lost the world championship.

“It was tough, it was extremely tough.

“But of course I do count on him being back on the grid next year and fighting to get back that world championship that kind of got taken away from him in a way.”

Rosberg also hopes that Hamilton and Verstappen serve up another classic next year, having been neck and neck throughout the entirety of last season.

“I do hope that Lewis and Max will go at it again next year,” Rosberg continued.

“Of course I’m not the guy to be saying that because I also disappeared into the distance after I won a title, so it really wouldn’t be fair to say that!

“It was just so amazing, those two guys.

“It’s incredible to see their skill and to watch them go at it.” 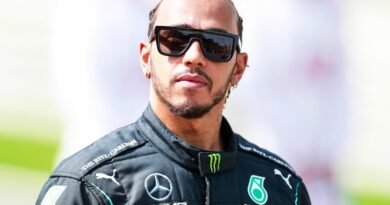 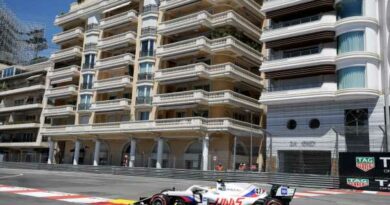