Home » Racing » F1 » Lewis Hamilton: Brazilian GP win is the hardest weekend I have had 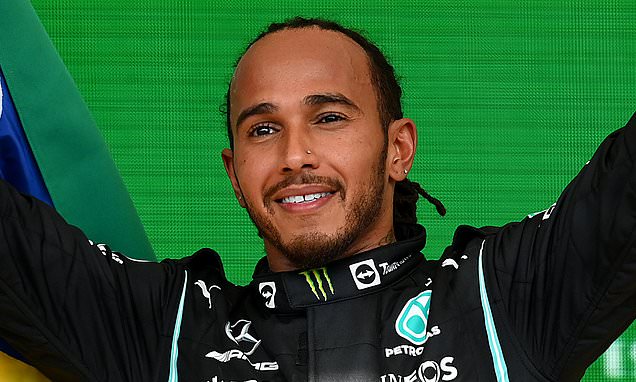 Lewis Hamilton produced one of the drives of his life to reignite his world championship ambitions with victory at an extraordinary Sao Paulo Grand Prix on Sunday.

The Briton triumphed in the face of two extensive grid penalties, a reversal that 1996 world champion Damon Hill hailed as among the sport’s most spectacular moments.

‘That was one of the best drives I have ever seen in F1 by anyone,’ said Hill. ‘Utterly awesome.’ 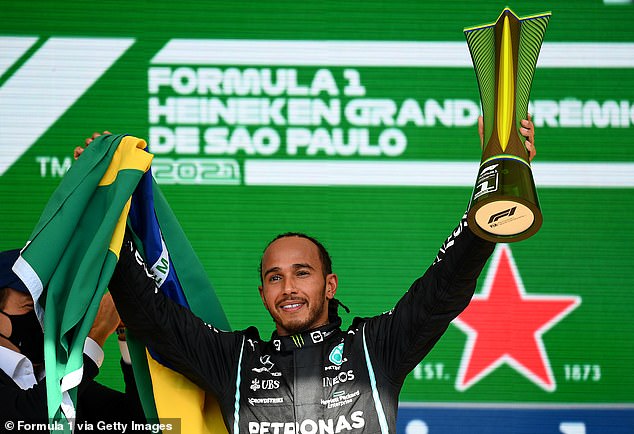 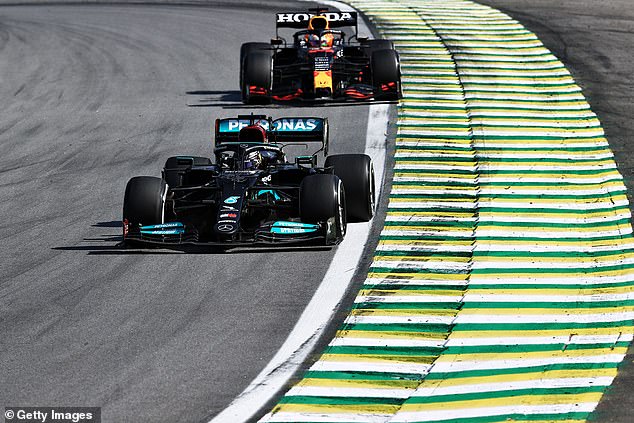 Victory from 10th on the grid takes Hamilton from 21 points adrift to 14 behind Red Bull’s Max Verstappen, who finished second after being passed by his rival’s unstoppable Mercedes juggernaut. Three rounds remain.

Not only was Hamilton sent to the back of the grid for Saturday’s sprint race, in which he charged up to a finish of fifth, for what the stewards accepted was an unintentional rear wing irregularity, but he was then dropped five more places for taking on a new engine — a 25-place tumble in all.

Hamilton said: ‘With the penalties, it was the hardest weekend I have had. Coming here 19 points behind, we really needed a solid result, then we had all these problems.

‘It is easy to get down. Mentally, you can think it is over, it is impossible — but nothing is impossible if you put your mind to it. We cultivated a positive attitude and went out all guns blazing. I have just been inspired by everyone’s focus and determination.

‘I gave it everything. This has definitely been one of the best weekends, if not the best, I have experienced in my career.’

Hamilton revealed he spoke to his father Anthony for moral support, saying: ‘My dad reminded me of 2004 when I was in Formula Three in Bahrain and I started 11th and I finished first, so this one is for him.

‘I never thought I would be able to close the championship gap because things kept going against us. But never give up.’ 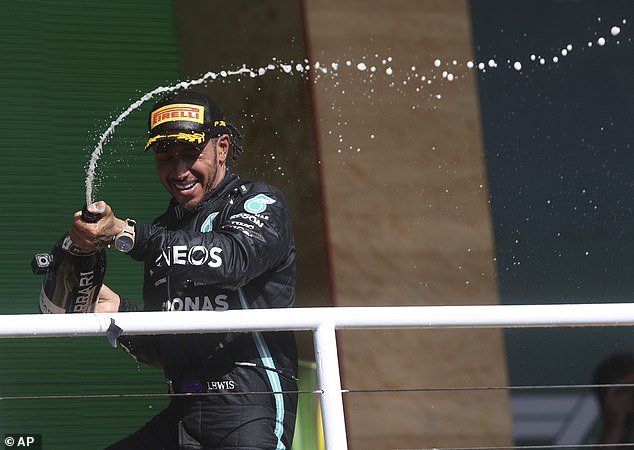 Victory did not come without a cost, though. Hamilton was fined £4,266 with £17,065 suspended for taking off his seat belt while picking up the Brazilian flag on his warm-down lap.

A sense of vindication was clear in Mercedes boss Toto Wolff’s reaction when his star overtook Verstappen.

The Austrian jabbed his fingers towards the camera as if to say: ‘Up yours, stewards.’ 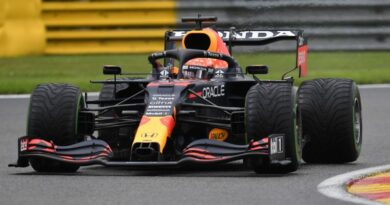