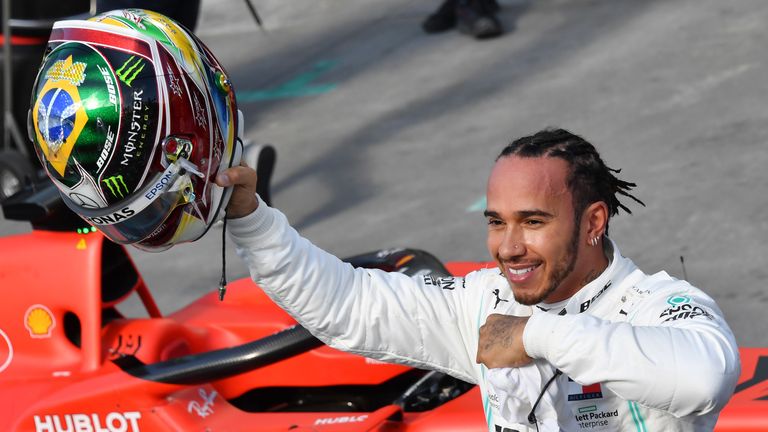 Lewis Hamilton was pleased with his performance after qualifying third for the Brazilian GP – particularly after finishing between the fast Ferraris.

Hamilton’s wait for a first pole position since July continues after Red Bull’s Max Verstappen impressively romped to the fastest time on Saturday, but the new six-time champion was still satisfied with his second-row result around Interlagos.

Despite their double championship triumph, Mercedes have now only claimed one of F1’s last nine pole positions – six going to Ferrari and now two to Red Bull – and Hamilton was especially pleased to finish between Sebastian Vettel and Charles Leclerc on the Q3 timesheet.

“Congrats to Max, a great lap by him,” said Hamilton, whose final lap moved him ahead of Leclerc and within six hundreths of a second of Vettel’s second place. 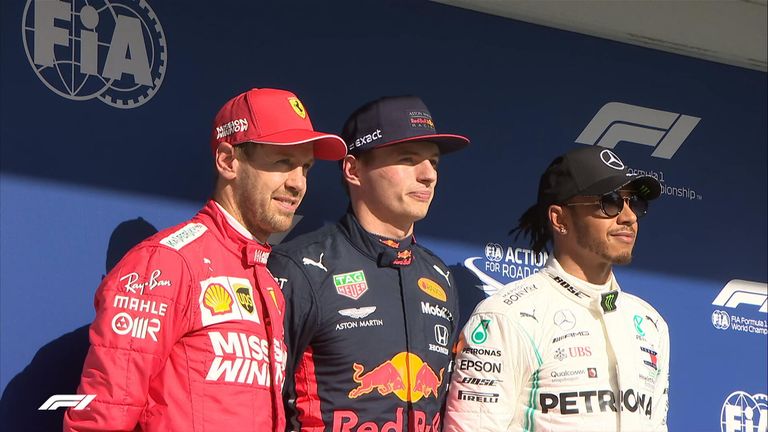 “Nonetheless I’m really happy I was able to divide the Ferraris, it’s always a tough challenge. We’ve been down on power I guess compared to the others, that’s where we lost our time.

“I gave it absolutely everything. My best lap of the session was the last one so, awesome.”

And on splitting the Ferraris, Hamilton later added: “It’s always nice, it puts a smile on my face.”

In any case, a 10-place grid penalty moves Leclerc down the field, with Valtteri Bottas moving into fourth as a result to form an all-Mercedes second row for Sunday’s race, which begins at 5.10pm.

The Mercedes driver spoke on Friday about this weekend and then the season finale in Abu Dhabi representing two “freebies” for him to potentially try out different tactics with the championship now settled.

“My approach is pretty much the same all year long, but maybe we can try and be a bit more aggressive now with these guys,” he added after qualifying.