Lewis Hamilton contract talks with Mercedes are ‘like a game of chess’, it has been claimed. The Brit won a seventh F1 Drivers’ Championship in 2020 to draw level with the legendary Michael Schumacher. But, despite the 36-year-old’s fine Formula One exploits on the track, finding an agreement off it has been tricky.

Hamilton outlined a desire to stay with Mercedes after winning his seventh F1 Drivers’ Championship in November.

But, months on, and the Silver Arrows are still locked in negotiations.

Mercedes told Express Sport earlier in the month they were still optimistic over an agreement, and that claims the Brit had four demands were wide of the mark.

Yet Luigi Perna, a writer for La Gazetta dello Sport, has claimed talks are ‘like a game of chess’ as both parties scramble to get things in order.

“The negotiations between Hamilton and Mercedes over the renewal of his contract which expired two weeks ago has become a game of chess,” he said. 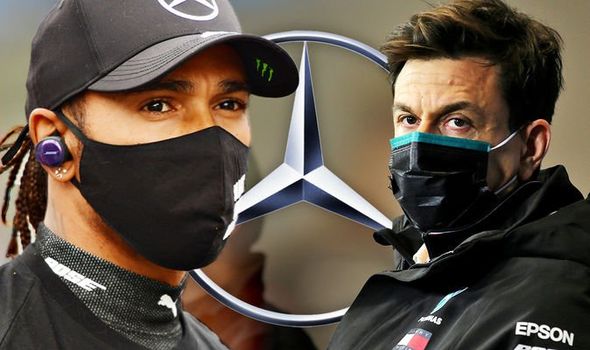 Mercedes have been linked with George Russell.

But a swoop for the Williams star appears far more likely to happen in 2022.

Hamilton was previously alleged to have held talks with Ferrari, the same team F1 legend Michael Schumacher spent the majority of his career racing for.

Mercedes are calm over the situation. 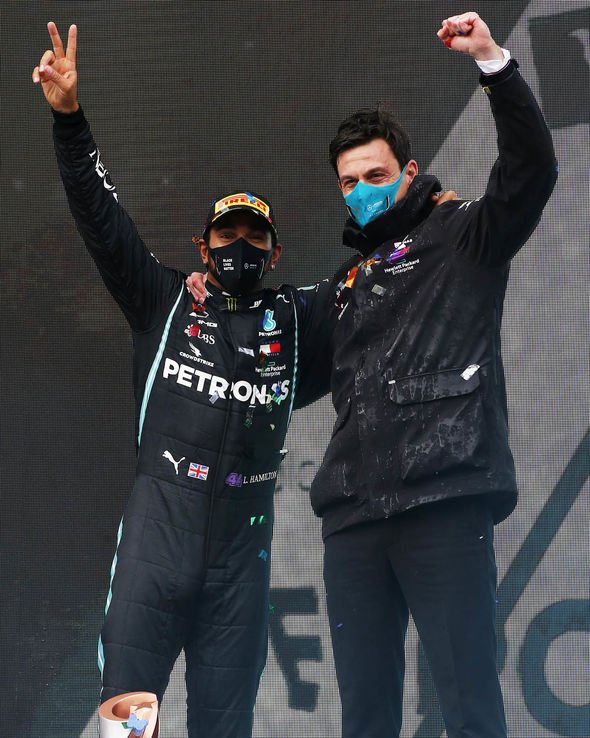 Yet Toto Wolff did recently suggest they were ready to look elsewhere if needed, warning the Silver Arrows must be braced for ‘curveballs’.

“It doesn’t worry me at all, because I will always respect Lewis’s decisions.

“Whether this is staying with us for a long time, or whether that means leaving the sport and pursuing different interests. I think we need to be ready for all kinds of curveballs being thrown at us.

“But at the same time, we talk a lot, and we are very transparent with each other. I think there is more to achieve together.” 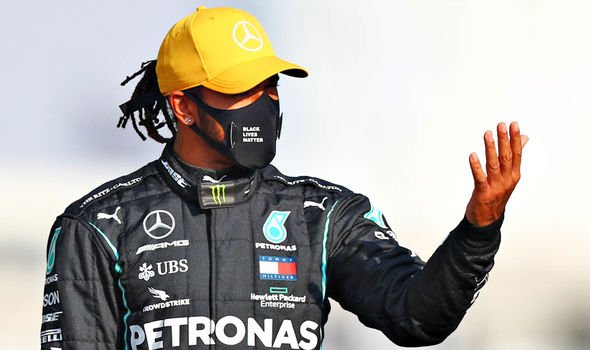 “It’s not one dimensional,” the 48-year-old added.

“Formula 1 has always been about best man in best machine wins.

“The best man means the quickest driver, and the most intelligent driver.

“[He is] the one that understands how the dynamics in a team works, its technical ability, and on the other side seeing himself in the right context within the organisation and not like a solar system where everything revolves around the sun.

“Equally, the organisation around the driver needs to be on its absolute A game in order to deliver performance in the various areas.

“This is a business without a silver bullet, contrary to what most people think – even within the industry.

“It’s a business around marginal gains where everything needs to be in the right place for a team to be successful.”

Hamilton has been tipped to retire.

But that’s unlikely to happen either, with the Brit one title away from moving beyond Schumacher’s record.

Lewis Hamilton row: Mercedes chief forced to deny Schumacher was made to quit for Briton