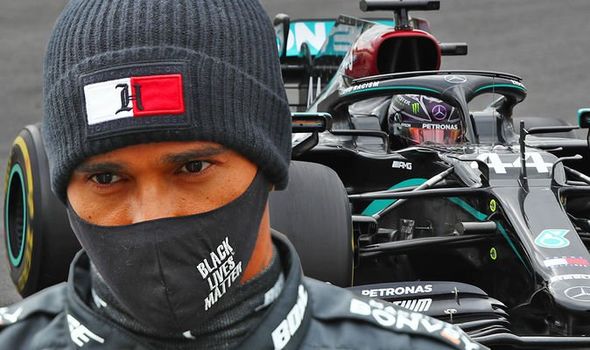 Lewis Hamilton has still not signed on the dotted line to continue in F1 with Mercedes for the 2021 season and beyond. Valtteri Bottas has been confirmed as one of the drivers but the world champion has yet to ink a new contract for the leading team in the sport.

Plan to introduce salary caps in F1 have made it a race against time for Hamilton, according to reports.

The Brit is expected to sign a deal worth around £40million-a-season to continue with Mercedes and attempt to break Michael Schumacher’s record of seven world championships.

Teams have agreed to a £22m salary ($30m) and was even backed by Mercedes chief Toto Wolff.

The cost-saving measure would not start until 2023 and it remains to be seen if Hamilton remains in the sport beyond then.

The Daily Mail claim Hamilton is expected to commit to three more years meaning the final year of his contract would be affected.

If the new rule is approved before the 35-year-old signs it would mean he would be limited in what he could earn.

It is likely that the world champion would still be paid his full amount if he agrees to sign before the rule is officially introduced.

And it could even tempt Hamilton to sign for Mercedes for longer than initially planned.

The salary cap is an extension of the new 2022 rules which will see teams limited in the amount they are allowed to spend.

The idea is to make F1 a more even playing field financial restraints will give smaller teams a chance to compete with the likes of Mercedes, Red Bull and Ferrari.

Hamilton made history last weekend when he won his 92nd race, breaking the record of 91 set by Michael Schumacher.

He said: “I could only ever have dreamed of being where I am today. 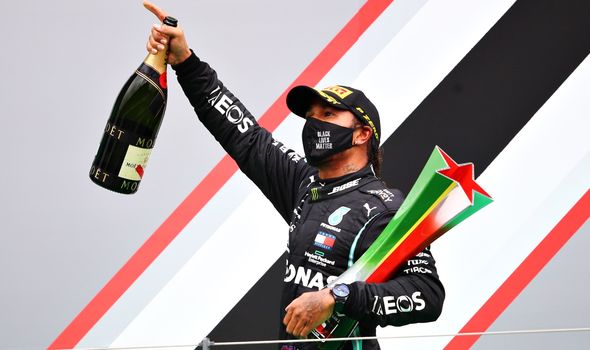 “I didn’t have a magic ball when I chose to come to this team and partner with these great people, but here I am.

“Everything we do together – we are all rowing in the same direction and that’s why we’re doing what we’re doing.

“And my dad’s here and my step mum Linda, and Roscoe [Hamilton’s dog]. It is going to take some time for it to fully sink in. I was still pushing flat out as I came across the line. I can’t find the words at the moment.”

F1 returns this week with the Emilia Romagna Grand Prix at the Imola circuit in Italy.