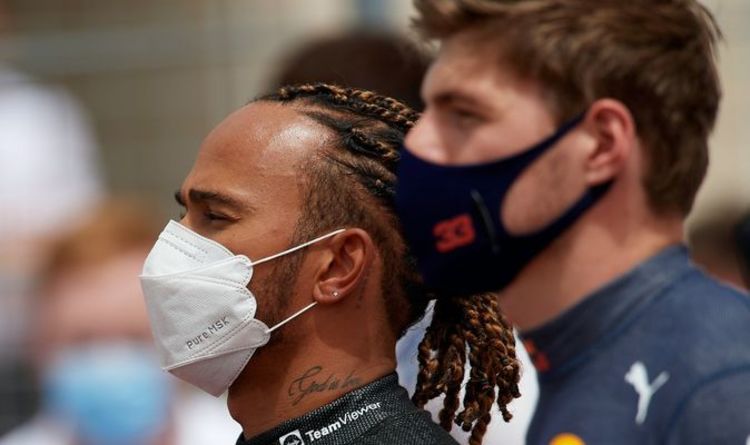 Lewis Hamilton will find it difficult to fight back against Max Verstappen in the battle to become Formula 1 world champion, even if he will be “motivated” to win the British Grand Prix this weekend. That is according to two-time world champion Emerson Fittipaldi, who was victorious in 1972 and 1974 with Lotus and Malboro.

Verstappen has pulled out a 32-point advantage over Hamilton after nine races after a phenomenal run of four straight race wins.

The 23-year-old is in pole position to take his maiden world title in F1 and if he does, he would become the first non-Mercedes driver to be crowned champion since Sebastian Vettel in 2013.

Hamilton is aiming to become the first driver in history to claim eight titles as an F1 driver, having already equalled Michael Schumacher’s haul of seven last season.

But Fittipaldi believes that ahead of the British Grand Prix, Red Bull have a better race car than Mercedes and that gives Verstappen the edge over his title, hailing his consistency at the front of the grid.

“To win a championship is a difficult challenge because of the circumstances behind you,” Fittipaldi said, working as a F1 pundit for bettingexpert.com.

“But I can see here, Verstappen is doing that.

“The Red Bull is at that level now to win the championships again. I think he has a great chance but Lewis is there, he will recover.

“It depends on how much they improve the Mercedes, but I think Max has a better chance right now.

“I spoke to him at Goodwood on Saturday and he is fully motivated, the Red Bull is driving well.

“It’s time he challenged this year and he is very motivated, it’s his biggest chance so far to become a champion.”

Hamilton is currently on his longest run without a race win since 2016 and team principal Toto Wolff admitted the Styrian Grand Prix was the first time in the turbo-hybrid era that Mercedes “had no weapons in the armoury”.

But as with the teams prepare to race in front of a 140,000-strong crowd at Silverstone on Sunday, Fittipaldi believes that racing on Hamilton’s home turf will make the 36-year-old and Mercedes more determined than ever to end their dismal run.

“Silverstone is where I started in F1 and it’s important for motor racing,” he added.

“I started in Formula 2 in England and Silverstone was the first time I drove an F1 car with Colin Chapman and Lotus, when Jochen Rindt was winning the championship.

“It’s an incredible track, historical, and for me my last grand prix that I won was in Silverstone. Now with the new circuit, I drove around it recently and I love it, it’s very challenging.

“There are a lot of Formula 1 teams around Silverstone so for them it’s their home track,” he added.

“For Lewis to race the Mercedes there will be very special because it’s his home grand prix and when you do, you give 110 per cent.

“Lewis has always done well there and the new challenge with Verstappen, it will be a very good race to follow.

“But when they are at home, they have more motivation, they are more focused, more concerned on how to perform on every detail. And not just for Lewis, but for the team too.

“Mercedes will be motivated to give him the best strategy for the race.”

Fittipaldi, now 74, still keeps a close eye on the current events in F1 and has been impressed with the rise of British pair Lando Norris and George Russell.

Norris, 21, has enjoyed his finest start to an F1 season with three podium finishes at McLaren, while 23-year-old Russell has caught the eye by consisting outperforming his team-mates at Williams.

The Brazilian legend even believes they have what it takes to emulate Hamilton and other Britons such as Jenson Button and Damon Hill by becoming world champion one day.

“Both have impressed me a lot, I think everybody thinks the same,” he said.

“I was with [McLaren CEO] Zac Brown at Goodwood on Saturday talking about Lando Norris and he’s doing a really incredible job. McLaren have improved since he has been there and George Russell impressed when he drove the Mercedes last year.

“Both are world champion material, I think. It’s a question of opportunity of whether they are able to race for a good team, especially Russell.

“But potentially yes, [both can be] world champions.”