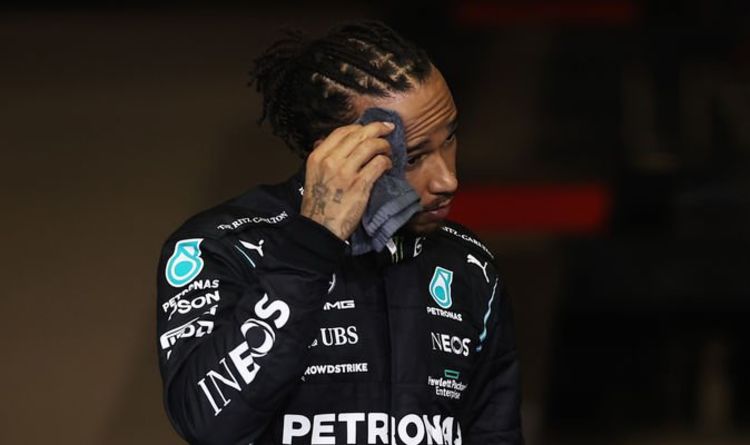 Lewis Hamilton was denied a record eighth F1 title after he was beaten at the Abu Dhabi Grand Prix by nemesis Max Verstappen. The Briton had virtually led from the start of the race after overtaking the Red Bull driver on the first straight.

The outcome of the decider in the desert was changed, however, after a controversial decision by race director Michael Masi.

Williams’ Nicholas Latifi went crashing out of the Grand Prix in the latter stages after careering into a wall.

A safety car was subsequently deployed, with Verstappen taking the opportunity to pit and change his tyres. Hamilton stayed out on the track as he didn’t want to lose his position.

Masi initially told drivers who had been lapped that they were unable to overtake and unlap themselves.

But Masi changed his mind after a conversation with Red Bull chiefs and gave permission for the five cars sandwiched between the title protagonists to move on.

That allowed Verstappen to pull level with Hamilton as the race restarted and the duo were effectively involved in a one-lap shootout, with the Dutchman having the benefit of fresh tyres.

Verstappen ultimately overtook the Briton to win the race and claim his maiden title.

The aftermath of the race proved chaotic, with Mercedes having two protests rejected.

But the Silver Arrows have expressed an intent to appeal, with a formal one needing to be lodged by Thursday.

And Duncan Bagshaw – a partner at the law firm Howard Kennedy – says Mercedes have a case.

“There was a challenge to the FIA last night which was resolved very quickly,” Bagshaw, who specialises in international arbitration and litigation, told Pitpass.

“The FIA, marking its own homework, perhaps unsurprisingly said that they stood by the decision of the race director Michael Masi.

“Mercedes do have a case. And I think it is quite likely they will take it to a court of arbitration because so much turns on the outcome of these races they may feel they really have no choice.

“This decision was by the race director himself applying a rule under the regulations which is, I would say, very clear and quite explicit about what has to happen in this situation.

“Everybody wanted to see that race finish in racing conditions.

“But the rule makes it very clear that any cars that have been lapped by the leader have to be allowed to pass the leading cars and the safety car before the race is restarted and he did not allow that to happen.

“It’s very important for Mercedes to give the message that racing is the most important thing to this sport and that they respect the outcome of the race on the track.

“But they must also accept the fact that commercially this is a sport that revolves around money.

“They have obligations to Lewis Hamilton, their team, their sponsors and many other people.

“It may be not so much they want to challenge this decision – that they want this season to be decided before a committee of arbitrators – but simply that they don’t have any choice.” 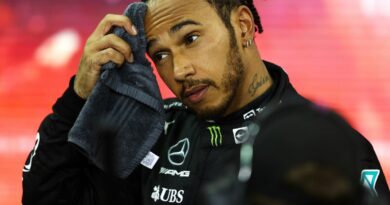