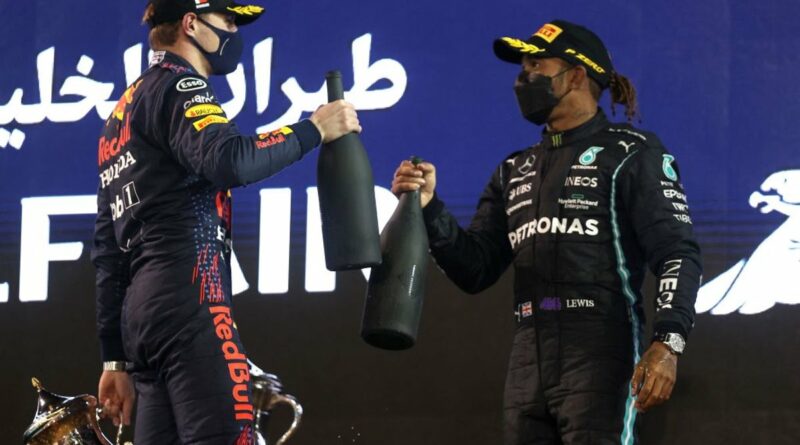 Lewis Hamilton beat Max Verstappen to win the most thrilling season-opening race of recent memory – and declared: “If there are many more like that, I will be grey by the end of the year”.

The first round of Formula One’s new campaign in Bahrain lived up to its pre-race billing, with Hamilton and Verstappen – the prince desperate to dethrone the sport’s ruler – racing all the way to the chequered flag.

Sitting at the back of the Mercedes garage, boss Toto Wolff watched the concluding laps with his hands on his head, while rival team principal Christian Horner’s foot anxiously tapped away on the Red Bull pit wall.

Hamilton was in the midst of another of his masterclasses somehow keeping Verstappen, who was on fresher rubber and a quicker car, in his mirrors.

With three of the 56 laps left, Verstappen appeared to have got his man, driving around the outside of Hamilton‘s black machine at the right-handed fourth bend of the Sakhir International Circuit.

But the move was illegal and the stewards told Red Bull to instruct their star driver to give the place back.

Verstappen obeyed with Hamilton then managing to keep the driver, 13 years his junior, at arm’s length for the remaining laps. He crossed the line just 0.7 seconds clear to win the 96th race of his career as he pursues an unprecedented eighth world title.

“Still got it,” said Hamilton over the radio as fireworks lit up the Bahrain sky. “Yes, not bad for an old man”, came the reply from engineer, Pete Bonnington amid wild celebrations in the garage of the sport’s all-conquering team.

“I loved every minute of it,” Hamilton, 36, said later. “I was thinking it was going to be pretty much impossible to keep Max behind.

“Bono kept telling me how many laps were left. He was like three laps, two laps, and I was like, Bono I can count, I have got it. He was just nervous.

“On the last lap when I got through Turn Four I knew I was in a good position, but then I had oversteer out of Turn 10, nervousness out of Turn 11 and snap oversteer in Turn 13, and I thought that is it, Max has got me.

“I hope for many more of these races with Max. This is something the fans have wanted for a long time.

“It is only race one, and we don’t know what the future holds. With the pace Red Bull have they could be ahead a lot more, but we are going to work as hard as we can to stay close. 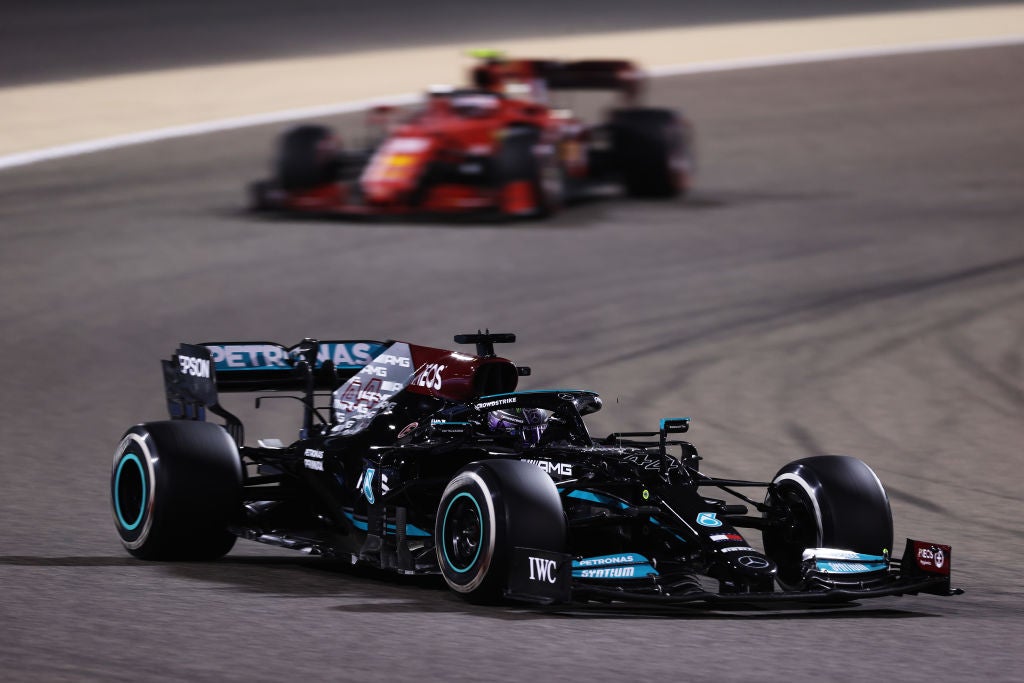 Hamilton had no right to win Sunday’s race. Following the second round of pit stops, Verstappen exited the pit lane 8.5 seconds behind Hamilton with 16 laps remaining.

Hamilton was already 11 laps into his third and final stint – Mercedes aggressively stopping him earlier in a bid to undercut the speedier Red Bull machine – which should have left him as a sitting duck on old tyres.

But the Englishman’s brilliance came to the fore, making a mockery of those who claim his seven titles and record number of wins and poles have come by virtue of being in the speediest machine.

“Today was definitely a blessing in disguise,” added Hamilton. “There are always chances to prove people wrong and today is definitely one of them, but there have been many in the past, too.

“I have been here a long time. We don’t have the fastest car this year, but that is all good for me. I don’t mind having to pull out extra in order to make the difference.”

Hamilton has won six of the last seven titles, but Verstappen’s strong weekend – the Dutchman topping every practice session and claiming pole before hustling the Mercedes car all the way to the line – suggests the record-breaking Briton will be provided with his toughest challenge of recent times and the tantalising prospect of a year-long fight between the two brightest stars on the grid.

F1’s new CEO Stefano Domenicali said on Sunday: “It was brilliant. Just what Formula One needs. Two fantastic drivers fighting it out at the front, and teams closing up behind through the field. It was the perfect advert for F1 and the season.”

On his comeback to the sport after a two-year hiatus, Fernando Alonso failed to make the flag following a brake failure. Mick Schumacher was 16th and last while his Haas team-mate Nikita Mazepin’s debut lasted just three corners as he crashed out.