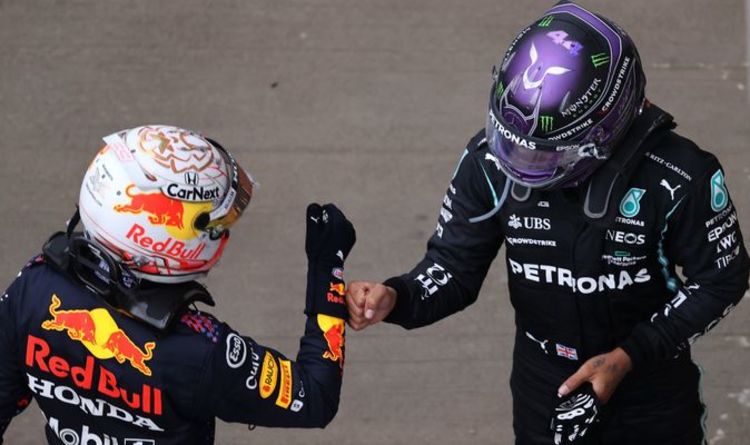 Lewis Hamilton has been an incredible driver for Mercedes, winning six of his seven F1 World Championships with the silver arrows. Max Verstappen has also quickly become one of the greatest drivers around, thanks to his impressive development at Red Bull, and is currently in a tussle with Hamilton for the title this season.

Charles Leclerc is steadily blossoming into a championship contender at Ferrari, while George Russell showed such promise at Williams that he signed a contract to drive with Mercedes from next season.

But how different would the grid have looked if some of these drivers were on different teams?

Ferrari and Lewis Hamilton have both admitted they previously wanted to team up during interviews this week.

Formula One CEO Stefano Domenicali has admitted he tried to poach Lewis Hamilton during his time at Ferrari, heading up the outfit from 2008 to 2014.

The seven-time world champion recently spoke out about his missed opportunities at Ferrari, admitting he wasn’t sure why they never really came to fruition.

The Stevenage-born driver is currently aiming to win a record eighth world title.

However, in his early years, it’s been revealed that Ferrari were keen on Hamilton and even tried to entice him to the Prancing Horse.

When asked if he had ever had serious conversations about signing Hamilton, Domenicali told Sky Sports: “To be honest, yes. This is true. We’ve discussed that.

“I think that the answer that Lewis was able to give is the right one. Today, I think that period has passed.”

Hamilton himself admitted Ferrari had always been a dream but didn’t regret his decision to join Mercedes.

Had he joined the iconic Italian team, Verstappen may have been taking orders from Mercedes boss Toto Wolff instead.

Back in 2016, Wolff said he knew the Dutchman was going to be a success from an early age, however he does not regret choosing not to sign him as he had faith in Mercedes being able to produce a supreme young talent of their own.

“There was a time when money paved your way into F1, but that seems to be different now, as not only Red Bull have a junior program,” he said.

“We have also picked it up and now I see five or six youngsters coming up who are ballsy – and my guess is that in the near future we will have a range of young drivers that will be exceptional.”

It would have been interesting to see if Nico Rosberg would still be on the circuit had his longtime friend and rival  Hamilton not joined him at Mercedes in 2013.

After losing out on the F1 championship to Hamilton in 2014 and 2015, Rosberg finally reached the pinnacle of the sport and clinched the title in 2016.

Following years of fierce and at times hostile competition with the Brit, the German announced his retirement soon after.

Had he been driving alongside a young and upcoming driver in Verstappen, would the 36-year-old have chosen to defend his title and prolong his career?

Since signing for Ferrari in 2019, Leclerc has stated he would never leave the team and is desperate to win a world title with them.

Had Hamilton already been with them at the time he signed, the duo would have made a formidable team and been in a strong position to bring success to Ferrari once again.