Lewis Hamilton will be more motivated than ever to return to the Formula 1 circuit in 2022 according to former driver Marc Surer.

Hamilton was hit with heartbreak in the finale of the 2021 campaign last month, after he was dramatically pipped to the world championship by rival Max Verstappen in Abu Dhabi.

Verstappen’s victory was no doubt a controversial one though, as the Dutchman was able to take advantage of a contentious call from FIA director Michael Masi on the final lap of the race.

Following a crash from the lowly Nicholas Latifi, Masi allowed a number of lapped cars between comfortable leader Hamilton and second place Verstappen to pass the deployed safety car.

This meant that the Englishman’s once healthy lead was wiped, as the Red Bull man was able to make up ground and begin the restart almost side-by-side his title rival.

The pair were then left to play a one-lap shootout to decide the championship, and Verstappen was the man who prevailed no doubt thanks to his much fresher tyres.

JUST IN: George Russell opens up on first day at Mercedes with Lewis Hamilton’s future uncertain

This dramatic ending visibly affected Hamilton, and the seven-time world champion hasn’t spoken out since, prompting many to think the Englishman may be considering retirement.

However, former driver Surer believes that Hamilton will make a return for the 2022 campaign, due to the motivation of winning a record eighth world title.

He told Formula1News: “I don’t think he is running away, he wants the eighth title to be the greatest ever.”

Any former driver who also expects the Mercedes man to return this coming campaign is Damon Hill.

Like Surer, Hill also believes the prospect of becoming the most successful driver of all time will be too tempting to turn down for Hamilton.

Hill told Sky Sports: “I wanted to win a championship. Lewis has already won seven, it’s a bit different. He might just think I’ve done all I can do.

“But I’m sure that eighth title is just too tempting, I’m sure he’ll want to come back and have it and put all this to rest.”

Hill was joined by Martin Brundle on Sky’s F1 show, and also believes the rumours of Hamilton calling time on his career are untrue.

The Sky Sports pundit said: “Absolutely not, I don’t buy any of it, to be honest.

“I’m sure Toto has been asked by Lewis, ‘what are you doing about this?’

“But Formula 1 is fantastically successful for the Mercedes-Benz brand, while Lewis is 37 years old and we know he’s driving at his peak, incredibly determined and competitive. 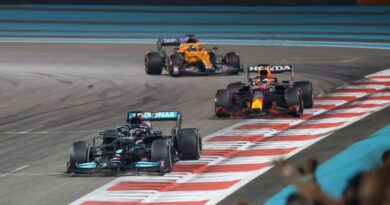 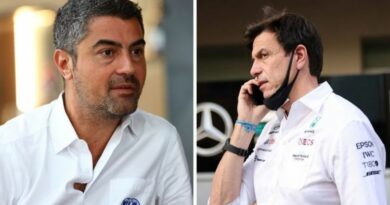