Lewis Hamilton is yet to sign a new contract with Mercedes ahead of the 2021 season.

With testing a little over a month away, we round up the latest on the seven-time world champion, including whether a new deal is deemed likely at present.

Hamilton feared that he would only be a one-time world champion had he remained with McLaren, instead of signing with Mercedes in 2012.

Hamilton left McLaren, where he had driven as a boy, at the end of the 2012 season in a shock decision. It was an inspired choice as he went on to win six world titles with Mercedes.

And the Brit has since reflected on the risk he took to jump ship.

“I’d been with McLaren since I was 13 so it was my family and I was very safe there, I was well taken care of,” he said in an interview with Mercedes’ sponsor Crowdstrike.

“But I think McLaren had this amazing history, they had multiple championships, they were super-successful and I felt that I wasn’t necessarily helping build something. It was already an illustrious team, it already had all that success. It had the biggest cabinet of trophies and I wanted to go somewhere where I could help, could be a big part of building something.

“When I joined this team, it didn’t have many trophies in the cabinet. It was on the way up, it was growing, it was building. 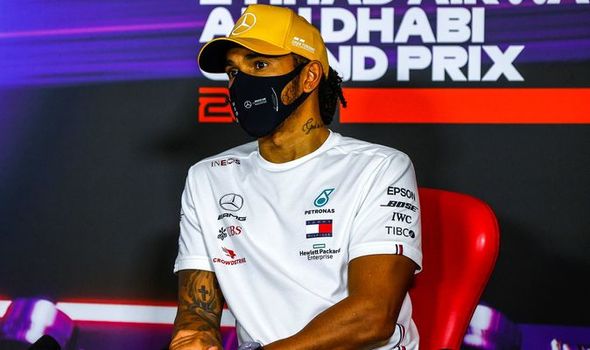 “There was [sic] more people coming. And I was like, I want to go somewhere and see if I can utilise everything I’ve learned in all these years’, the privilege of working at McLaren, apply those learnings to a team that’s not being very successful to becoming successful.”

Hamilton also admitted that he would not have been as successful as he has been had he remained with McLaren.

He added: “There was [sic] moments when I was like, geez, I don’t know when I’m going to win again. I had to really analyse a lot of the pros and cons.

“But for me, taking the risk: Senna used to say ‘if you’re not going for a gap, you’re no longer racing driver’. I think if you’re not taking risks in life, then you’re standing still.

“So I could have stayed there. In hindsight, you look at if I had stayed, I wouldn’t have another championship to my name. I would still be a one-time world champion after 14 years.”

Mercedes reportedly have no concerns regarding ongoing negotiations with Hamilton over a new deal for the 2021 season and beyond.

The 36-year-old Hamilton is still unsigned for the upcoming campaign, despite winning his seventh world title last year.

It is said that the two parties are still negotiating over Hamilton’s wage demands and the length of the contract.

However, Formula1News reports that Mercedes are adamant that their driver line-up in 2021 will be the same as it was last year, meaning Hamilton returns alongside Valtteri Bottas.

“Any suggestion that Lewis won’t be with us this year is simply fake news. Plain and simple,” a Mercedes source told Formula1News.co.uk.

“There is no reason he and Valtteri won’t be driving our cars in 2021. You can consider it confirmed.” 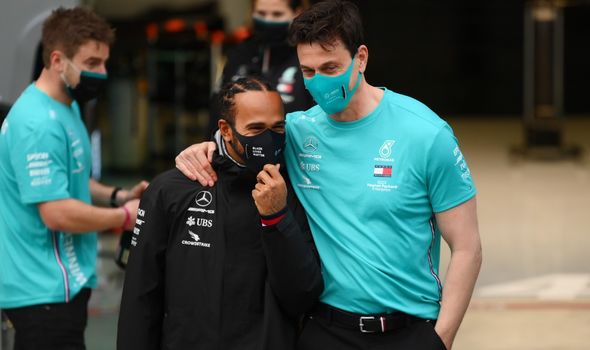 Toto Wolff could be skipped in contract talks

Speaking exclusively to Express Sport, David Coulthard explained that Hamilton could go over the head of Mercedes Team Principal Toto Wolff as the pair continue in their contract negotiations.

Hamilton and Wolff’s impasse is said to be related to his wage demands, but Coulthard explains that the world champion could go straight to Ola Kallenius, the chairman of the Daimler AMG.

“Lewis and Toto will have that conversation together and if Toto is not empowered to give Lewis what he wants then Lewis has the ability to go to Ola Kallenius at Daimler and say ‘Ola, I want to do this deal, you are also the shareholders, can you make this happen?’” Coulthard explained.

“If Lewis wants more money the answer from our side is no – you have to go and find it from somewhere else’.”

Express Sport understands Mercedes are confident that a deal will be struck before pre-season testing commences.

Carlos Sainz reaching potential with McLaren as he enjoys superb 2019