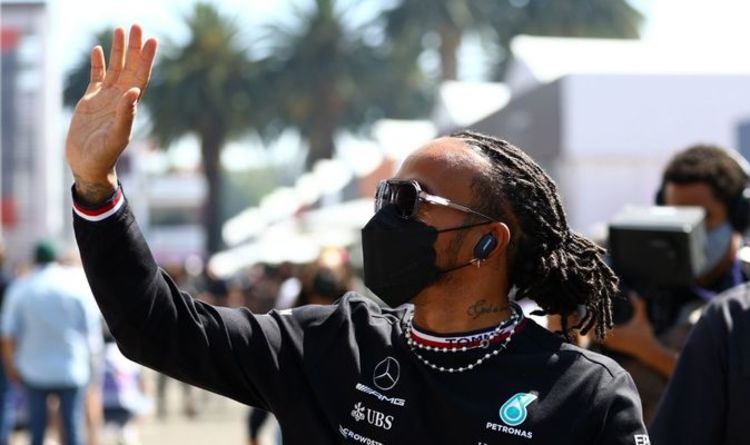 Lewis Hamilton says he “gave it his all” after falling even further behind in the championship fight as Max Verstappen pulled off a sensational win in front of thousands of fans at the Mexican Grand Prix. The Dutchman now holds a 19-point lead over the Briton with just four races remaining, as Hamilton’s team-mate Valtteri Bottas secured the fastest lap.

After almost taking the lead from his team-mate Bottas, who started on pole position, Hamilton managed to pull up alongside the Finn, fighting for the lead before Verstappen swept around both Mercedes drivers taking the lead with a sensational move into Turn 1 on the clean side of the track.

After a brief safety car period at the start of the race, the seven-time world champion struggled to close in on Verstappen in the lead.

The 36-year-old then came under increasing pressure from home favourite Sergio Perez during the latter part of the race, with the Mexican finally settling for third after an intense battle between the pair.

After crossing the line, Hamilton came over Mercedes’ radio saying: “I gave it everything, I just didn’t have the pace.”

JUST IN:
Mercedes boss Wolff ‘will not be happy’ with Bottas in Mexico

Speaking after crossing the line in second, Hamilton said: “Firstly congratulations to Max, their car is far superior this weekend and there was nothing we could really do about it. I gave it absolutely everything and it was a great fight with Sergio at the end, I was able to at least get second.”

When asked how he felt after coming under pressure from Perez in the final few laps of the race, Hamilton responded: “I mean the pressure, well I’ve had that many times before, it was easy to hold on.

“It shows how fast car their car is when Sergio is that close behind me and able to follow that closely.

“He did a great job and he was applying that pressure and just kept going… I really enjoyed the race still.”

After catching both Mercedes napping at the start of the race, Verstappen went on to a commanding victory in Mexico City, and add an extra seven points onto his tally over Hamilton with just four races remaining.

In front of an elated crowd cheering the name of Sergio Perez, Verstappen said: “The crowd is incredible, having Checo as a team-mate coming here to Mexico is amazing.

“The start? It was nice three-wide and it was all about just trying to brake as late as you can. I kept it on the track, came from third to first and that was basically what made my race because I could just focus on myself, and we had incredible pace in the car.

“There’s still a long way to go [in the championship]. It’s of course looking good but also it can turn around very quickly. I’m looking forward to Brazil, I also have very good memories there.”

Meanwhile, Perez who finished third, said: “It’s an unbelievable day,” he says. “Of course I wanted more, I wanted to get a one-two for the team but I didn’t have a single chance to get through.

“I could hear the crowd coming through the stadium section, it was pretty incredible.”