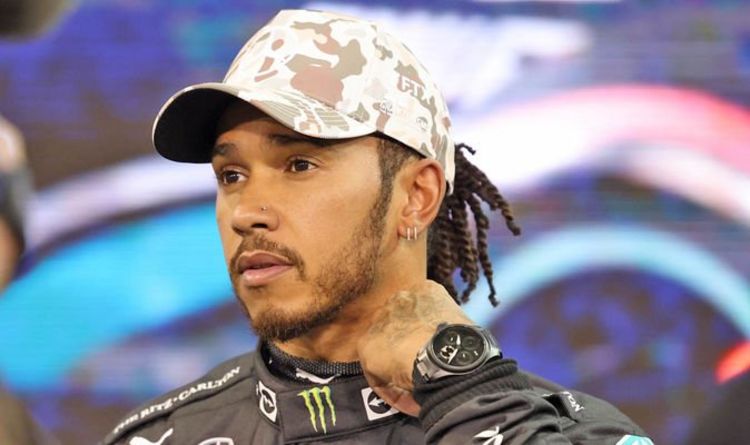 Earlier this week, it was reported that Mercedes had identified two potential replacements for Lewis Hamilton. And the fact they’re working behind the scenes on such a matter suggests retirement could genuinely be on for the Brit, who was recently denied an eighth F1 Drivers’ Championship by Max Verstappen in controversial circumstances at the Abu Dhabi Grand Prix.

Hamilton entered the deciding race of the F1 season looking to claim a historic eighth title, which would have moved him out in front of Michael Schumacher in the sport’s history books.

Yet he was beaten to the prize on controversial circumstances, with Verstappen reigning supreme following an incident with a safety car on the final lap.

It was a crushing blow for the 36-year-old who, in the aftermath, was coy on his future despite being contracted to Mercedes until 2023.

In the short time since, speculation has arisen suggesting the Stevenage-born racer may now be about to walk away.

Hamilton has been at the top of his game for some time, now.

But if he retires it will have echoes of Nico Rosberg’s own decision to quit the sport back in 2016, when he still clearly had so much more to give.

Hamilton quitting the sport he’s dominated for so long appears to be a genuine possibility, especially with the Brit maintaining silence on the matter.

Mercedes will have George Russell in their team for next year, with Valtteri Bottas poised to join Alfa Romeo.

However, earlier this week, it emerged that the Silver Arrows were planning behind the scenes just in case their star driver decides to call it a day.

Motorsport said Bottas is actually at the top of their list to replace Hamilton, despite the Finn committing to their rivals.

And it was also stated that Nyck de Vries is an alternative option having recently won the Formula E Championship.

This adds genuine credence to the claims that Hamilton, who was recently given a knighthood and nominated for Sports Personality of the Year, is mulling over his options.

Many within F1 want him to stay and see whether he can beat Verstappen to the prize next year.

But that’s not guaranteed and only time will tell what he ultimately decides.

Bottas recently opened up on Hamilton and said his close friend should return to Formula One for at least one last dance.

“With Lewis what has been really impressive is that every year he’s still able to develop as a driver,” he said.

“He’s got such a big experience of Formula 1 but still he’s been able to learn more and for sure I’ve developed myself as a driver, but so has Lewis.

“It doesn’t come automatically, he works for it because he knows the competition is getting tougher and tougher.

“I’ve definitively learned many things from him during these five years, driving wise, set-up wise, lots of small things here and there.

“It’s been impressive to see him still develop and not get too comfortable.

“He always wants more out of himself and the team around him. It’s been the same thing every year, he keeps getting better.”

Bottas also opened up on failing to win the F1 Drivers’ Championship during his time with Mercedes, conceding to it just ‘didn’t happen’ for him.

“Obviously when I joined the team in 2017 the only thing on my mind was to win the championship but that didn’t happen,” he continued.

“But I need to look at the positives.

“I’ve grown so much as a driver and as a human being I learned a lot with this team and we actually achieved pretty cool things together, so there are many positives to take.”