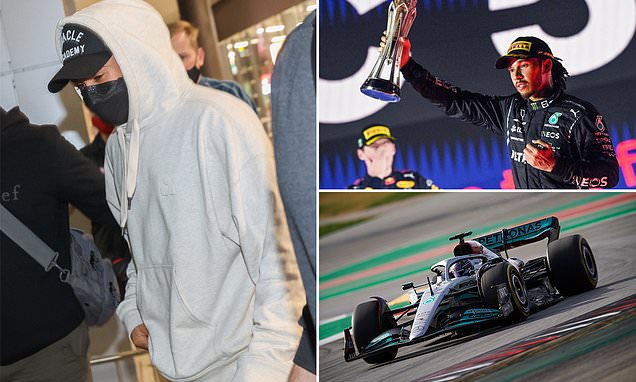 Lewis Hamilton arrived in Melbourne on Monday night local time for this weekend’s Australian Grand Prix – and it’s safe to say he’s in a very different frame of mind about his chances compared to every other year in the sport’s turbo hybrid era.

Whereas the seven-time world champion would usually make his way to the Albert Park track full of confidence that he could stand atop the podium at the end of the race, this year is a very different proposition.

His usually field-leading Mercedes is proving very uncompetitive so far in 2022, with Hamilton lucky to come third in the opening race in Bahrain after both Red Bulls retired ahead of him, followed by a very disappointing 10th in Saudi Arabia the following week. 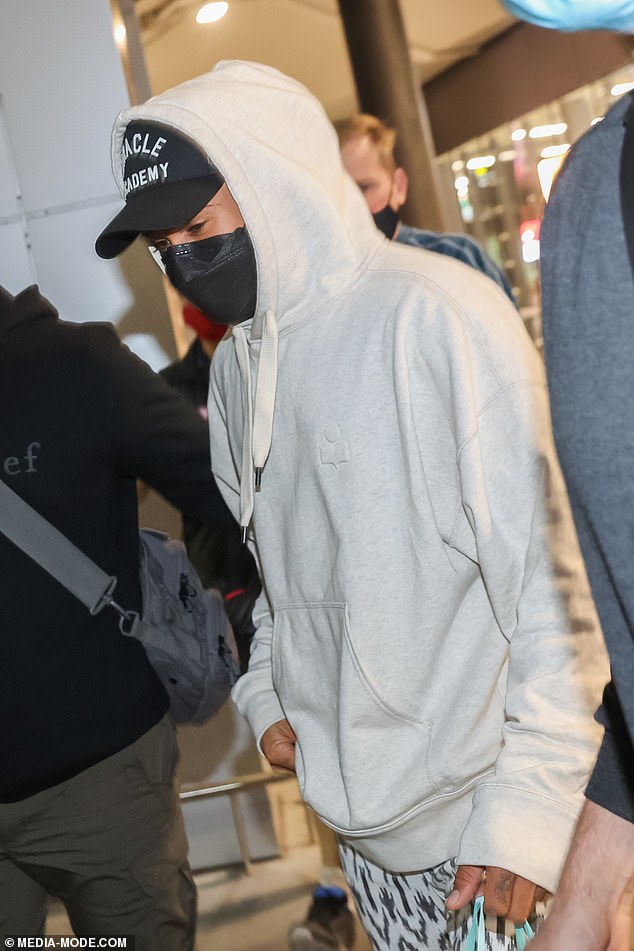 Hamilton walks past fans after jetting into Melbourne on Monday night, local time. His prospects of standing on the podium are very slim thanks to his uncompetitive car 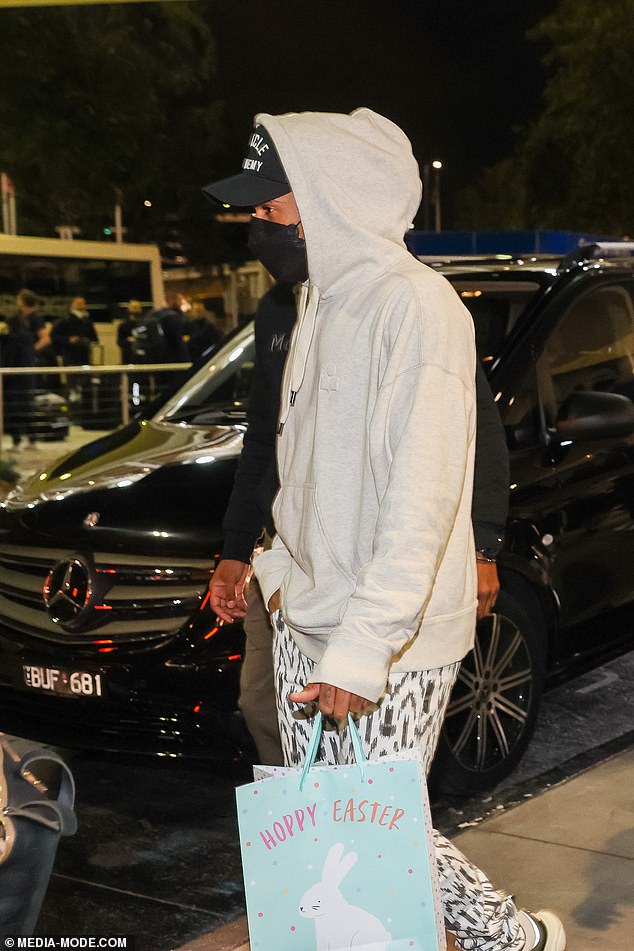 The seven-time world champ recently confessed he is ‘struggling mentally and emotionally’, prompting speculation that he could be considering retirement

But it’s not just the fall down the field that will have him worried.

Hamilton said Mercedes have ‘got a lot of problems’ with their car ahead of the Bahrain Grand Prix, and for once he wasn’t foxing.

Formula One has undergone one of the biggest regulatory changes in its history leading into the 2022 season, with new rules making for radically different cars in an attempt to produce closer racing by bringing back ground effect technology to suck the vehicles to the road.

Ferrari and Red Bull look to have aced the switch on early evidence, while Mercedes have done anything but.

Team principal Toto Wolff admitted it is ‘extremely painful’ to see his cars struggling in the middle of the field this season, with their competitors in the paddock saying their engine is lagging behind those of Red Bull and Ferrari. 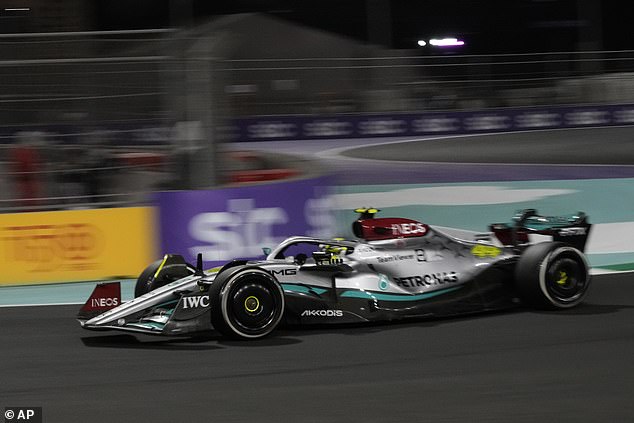 Mercedes’ 2022 car (pictured at the Saudi Arabian Grand Prix) is a far cry from its predecessors, which brought the team eight straight constructors’ titles

Mercedes’ problems with ‘porpoising’ – which sees the car bounce up and down as the ground effect that nails it to the track stops working properly, then kicks back in – are well documented, and the team has so far been unable to find a fix.

The setbacks are so bad that Hamilton found himself in uncharted territory during qualifying in Saudi Arabia, where he could only manage 15th spot on the grid.

It’s a stark counterpoint to the team’s incredible winning run since the turbo hybrid era began in 2014, with Mercedes winning eight constructors’ championships in a row.

Between those struggles, his controversial loss of the driver’s championship to Max Verstappen last year and the pall cast over the Saudi race by a missile strike near the track and controversy over the country’s human rights record and conflict with Yemen, it’s little wonder Hamilton is feeling far from his usual self. 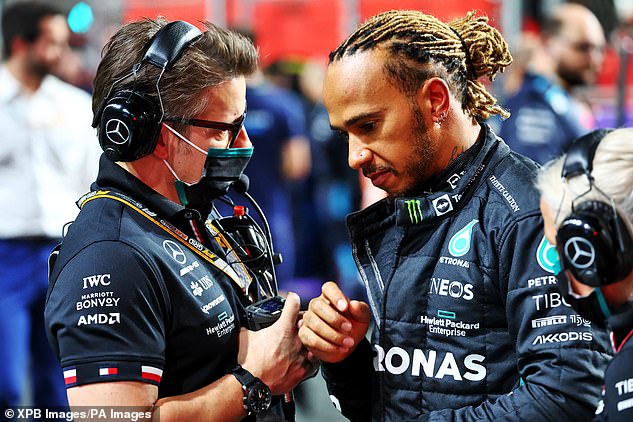 Hamilton is seen with Mercedes race engineer Peter Bonnington during his disastrous outing in Jeddah. The team are struggling to fix damning problems with the car

After the race in Jeddah he shared a candid social media post in which he confessed he is ‘struggling mentally and emotionally’ and finds it a ‘constant effort to keep going’.

‘It has been such a tough year already with everything that is happening around us,’ said the 37-year-old. ‘Hard some days to stay positive.’

This year’s Melbourne race will be held on a heavily modified track that’s expected to make for lap times up to five seconds quicker than what fans are used to.

Australian Grand Prix Corporation boss Andrew Westacott believes the revamped layout will produce ‘the most spectacular racing we have seen for decades’. 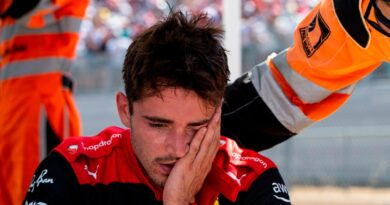 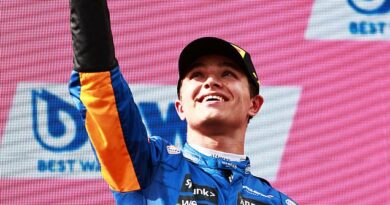