Mercedes have won the Championship double for each of the last six seasons and they are on course to continue that dominance this year.

However, the Brit’s contract is set to expire at the end of the season and he has yet to pen an extension.

Talks are ongoing behind the scenes but Jordan would like to see Hamilton take on a new challenge – although Red Bull’s No 1 driver Max Verstappen may not take too kindly to this plan.

The pair have come to blows in recent year and Hamilton was not to fond of his team-mate Nico Rosberg when he got the better of him in 2016. 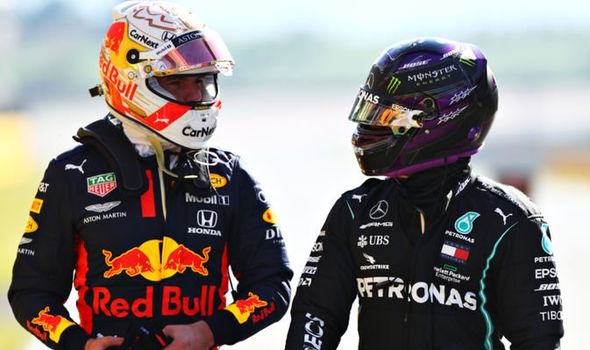 “I personally believe that Lewis should go to Red Bull and not to Ferrari,” Jordan told Dutch TV channel Ziggo Sport.

“I’ll tell you that is perfect, because the best young driver of all of Formula 1 at the moment is Max Verstappen. There is no question about it.

“His style, his speed, his intellect, his control on the track. Also his arrogance. And grand prix winners and grand prix champions need a level of arrogance. That is obvious. And he has that.

“Whether he got it from Jos or whatever, I have no real idea, but the facts are that he has an unbelievable talent. And what I believe is if he had a team-mate like Lewis Hamilton, then I do believe he would be able to beat him.”

Hamilton could replace Red Bull’s Alex Albon if he wants to partner Verstappen. And Jordan thinks Red Bull will soon catch up to Mercedes are return to the top of F1.

“I think Lewis at the end of this year will be better than everybody,” he explained.

“I have to say that Lewis is on a level with Prost, Senna and Schumacher. And I think he is about to pass them, until Max gets himself sorted.

“Then once Max gets on a roll, he will be exactly the same. I don’t think Red Bull are far away. They are extremely close. And I think they haven’t really been that lucky this year.

“We saw the DNFs of Max and a few little issues, you know. [Alex] Albon finished third last race. I do believe that the engine, the Honda engine, has the equal or will be the equal very soon of the Mercedes.

“So as I said to Adrian, Adrian Newey: ‘You have to make a better car, because if you perform like I know that Max can perform, then it is a world championship there for you to have with Red Bull’.” 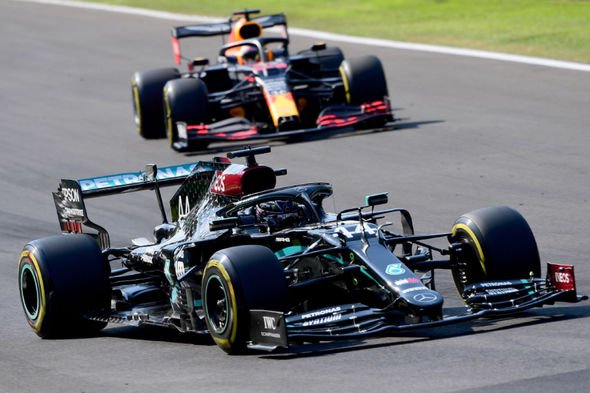 Jordan’s prediction that Red Bull will bring their glory years back has led him to think that Wolff should also leave Mercedes while they are on top.

He added: “I’m sure he’s getting tired of the situation. He’s won all of these championships and he’s created a myth around Lewis Hamilton and indeed the team.

“If it was me, and I was his advisor, I would say: ‘Get the hell out of there. Please, Toto. Take the money off the table. It will never get as good as this in the future’.”

Chelsea player ratings vs Burnley: Ziyech shines as Havertz struggles in comfortable win
We and our partners use cookies on this site to improve our service, perform analytics, personalize advertising, measure advertising performance, and remember website preferences.Ok