Lewis Hamilton is eager for F1 bosses to follow up Sunday’s show of support for the fight against discrimination to ensure real changes are made in the sport. The Mercedes driver took a knee with 12 of his rivals on the Silverstone starting grid after time for an anti-racism protest was included in the British Grand Prix schedule.

Hamilton, who has spoken out against systemic racism in motorsport and beyond and wants to provide opportunities to people from a wider array of backgrounds, had last month called out senior figures from F1 and the FIA.

Sunday’s demonstration, which saw drivers wear ‘End Racism’ t-shirts once again and make televised pledges to support the cause, was a far better-organised series of gestures than the ad hoc ones from the past two races.

Hamilton was pleased to have “everyone on board” having held a series of talks in the wake of his criticism which followed last month’s Hungarian Grand Prix.

And he urged F1 chiefs to “follow through” with their pledges to bring about more equality in the sport. 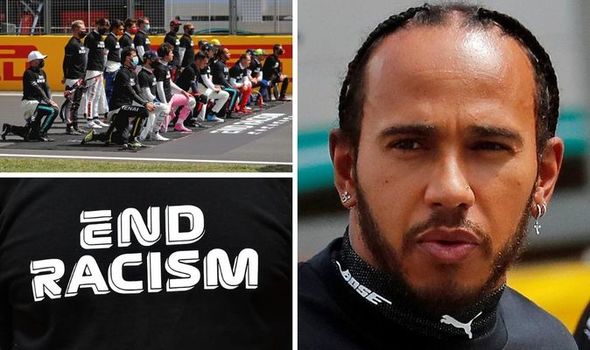 “I spent quite a long time talking to [F1 managing director] Ross [Brawn], to [F1 chief executive] Chase [Carey], I had a call with [F1 marketing and communications director] Ellie [Norman] who really works on that area,” Hamilton told Sky Sports F1. “I’ve spoken to [FIA president] Jean [Todt]. So it was really great to get everyone on board.

“And obviously everyone realised: ‘Okay, we haven’t done enough to this point. Let’s really put some focus on how we set it up, do it better and make the sport look as professional as it should look’.

“I think that was a good step and hope we can continue with that. In the background, the important thing is to follow through with the plans to make sure we really push for equality within our sport.

“Because hopefully that can transcend and encourage other companies and sports to follow the same direction.” 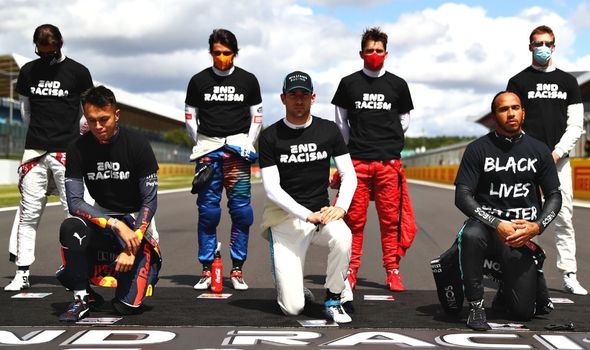 F1 and the FIA this year launched the We Race As One initiative to help fight discrimination in motorsport.

F1 chief executive Chase Carey has ploughed £755,000 ($1m) of his own cash into supporting the battle for equality.

Hamilton, meanwhile, continues to use his status as one of the planet’s most recognisable sport stars to shed light on the need for change.

The 35-year-old, who again wore a t-shirt in support of the Black Lives Matter movement before Sunday’s race, has revealed he will set up a commission to investigate the lack of diversity in motorsport and open up opportunities to more people.