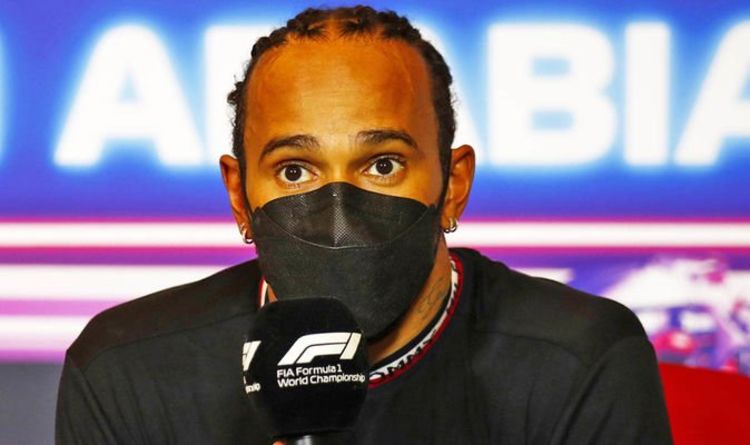 Lewis Hamilton is ‘very wary’ of Max Verstappen, Damon Hill believes. The two drivers are currently fighting for the F1 Drivers’ Championship. And, with one race to go, their battle is poised to go to the wire.

Hamilton and Verstappen have a ferocious rivalry, one that has enthralled Formula One fans from all over the globe over the past year.

Not for the first time this season, the rivals clashed at the Saudi Arabian Grand Prix on Sunday.

Verstappen was given two time penalties for the incidents on lap-37 as the two drivers roared round the track at 190mph.

Afterwards, the Belgian-Dutch driver then hit out at his punishments – insisting Formula One was becoming about penalties, instead of races.

And F1 expert Hill has now weighed in with his opinion, saying Hamilton is ‘very wary’ of Verstappen and his style of driving.

“There are some people who drive with absolutely no compromise whatsoever,” he told Sky Sports.

“And I think Max is one of those people. But he’s very skilful and very brilliant, and it’s exciting to watch.

“I think Lewis, who has to deal with that, is now very cautious.

“He’s not intimidated but he’s very wary of Max, and probably rightly so.

“He’s had to put up with a lot of vigorous defending with Max. It’s not Lewis’ style but it’s Max’s style and Max is pushing everything to the limit.

“It’s for the world title, both drivers want it massively and there’s always going to be tears.”

“It puts a little bit of a bad taste in the mouth,” he said.

“I think it just shows what Max is willing to do to try and win this world championship.

“I agree with Lewis – I love Max for what he does on the racetrack – but he does really push the limits, and sometimes he pushes it too much.”

Martin Brundle, meanwhile, slammed Verstappen for his actions – insisting he overstepped the mark.

“I think Verstappen has got to think about his driving standards. They were too much today,” he said on commentary.

“There’s aggressive, determined, feisty racing and then there’s what we saw this evening, which was too much.”

Verstappen hit out at the decision to penalise him, suggesting he’s been given unfair treatment this season.

“I’m just trying to race and this sport lately is more about penalties than racing,” said the 24-year-old.

“For me this is not Formula 1.

“I find it interesting that I am the one who gets the penalty when both of us ran outside of the white lines.

“In Brazil it was fine and now suddenly I get a penalty for it. Well, you could clearly see both didn’t make the corner, but it’s fine.

“I think lately we’re talking more about white lines and penalties than actually proper Formula 1 racing and that’s, I think, a little bit of a shame.” 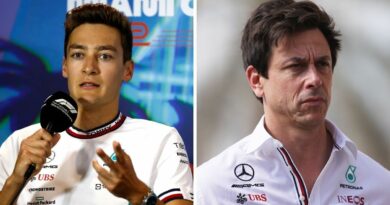 Coronavirus: British Grand Prix ‘not a given’, says Silverstone boss