Martin Brundle believes that Max Verstappen and Lewis Hamilton are currently “even-stevens” in the title fight as the Formula One World Championship reaches its conclusion over the next few weeks.

With just six races remaining, Verstappen holds a small advantage over the seven-time world champion heading to Austin this weekend thanks to a second-placed finish at the Turkish Grand Prix.

And with the lead of the championship ebbing and flowing between the pair, both Mercedes and Red Bull know a non-finish could be the deciding factor for either team and driver. In the constructors’ battle, Mercedes have a 36-point lead over Red Bull.

Speaking to Sky Sports, Brundle said: “I would expect it to be a bit nip and tuck between the two teams.

“I think when we get into the next two circuits, Mexico and Brazil, at higher altitude we see that the Honda engine really seems to work well there and generate more power.

“We don’t know about Qatar, that’s a completely new Grand Prix and so is Saudi Arabia, so those are great unknowns. It’s even-stevens I would say for the last six races.”

After taking a fourth engine last time out, Hamilton had to settle for fifth place last time out during the Turkish Grand Prix after refusing to change his tyres with changing conditions.

However Mercedes boss Toto Wolff admitted they couldn’t rule out potentially taking a fifth change, which would trigger an automatic grid penalty.

And Wolff also declared that the change in Turkey wasn’t a tactical one.

“We had to do it,” the team boss told Sky Sports F1. “We saw some data on the Internal Combustion unit that didn’t look very promising and a DNF is a total killer for the championship.”

Wolff added: “We’ve seen over the course of the season that we’ve had some little gremlins that we weren’t completely sure where they came from and how much performance they could potentially cost.

“So we’d rather have a new engine in the pool and that we understand that can possibly go longer.”

To add more worry for Mercedes, Wolff added there were some “unusual noises” coming from Hamilton’s engine before the change, and they are now analysing “how we can prevent it in the future”.

He explained: “I think we understand much better now where the root cause lies and it’s something that can happen from time to time if you just have a material issue, a batch problem and these are the things you need to consider.

“It [fourth ICE] can last until the end of the season but there could be a moment where we say is it worth taking a fresh one because the other one is still at risk.

“So this is something that is going to be really a work in progress.

“It’s tough races ahead of us. Let’s see how the points pan out. I would never say no but normally four engines looks quite sufficient.”

Azerbaijan GP: How the F1 grid lines up in Baku 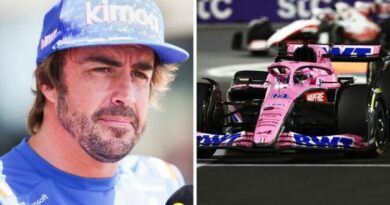 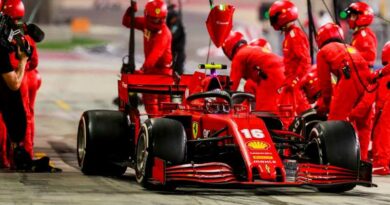