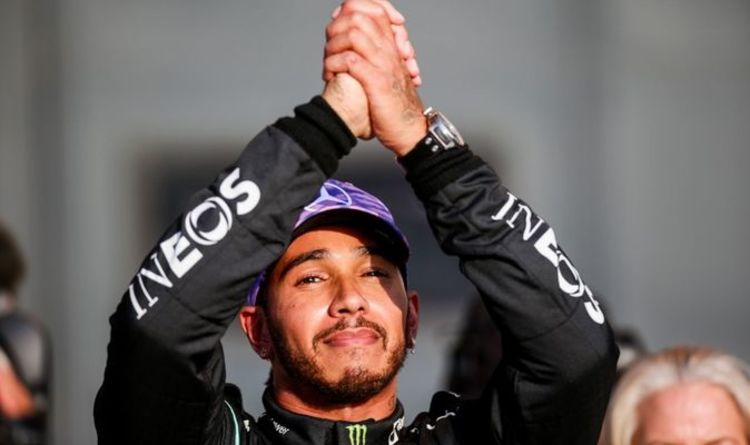 Lewis Hamilton has vowed to ‘bring out the lion’ in front of his home fans this weekend as the Briton leads the way in sprint qualifying on Saturday afternoon at Silverstone circuit.

Hamilton stormed his way to the fastest time in front of a roaring home crowd as he beat Max Verstappen to the front spot for the inaugural F1 Sprint – a 100km, pit stop-less encounter, at Silverstone.

Hamilton stunned on Friday in the evening’s qualifying session, beating Verstappen by just 0.075s in front of a jubilant British crowd.

It means Hamilton lines up in the pole position spot, however, it’s not technically classed as pole position, ahead of his main title rival who will line up second, with Hamilton’s team-mate lining up third.

The results of the sprint race then decide the grid for the main event on Sunday, with Hamilton hoping to scoop up the three extra points on offer.

“[I’m going into it] with my head up and just all guns blazing,” said Hamilton. “I need to bring out the lion tomorrow and give it everything. It starts with the start, so we’ll be practising that.

“Passing the Red Bull is not easy, so it really helps to be where we are. But we’ve got to get it off the line, and we’ve still got so many things and obstacles ahead of us. But the sprint race is going to be an interesting one. I think I’ve got the car where I need it, so we’ll see.”

Team boss Toto Wolff was delighted, as Hamilton looks to close the 32-point gap Verstappen has managed to pull out at the front of the driver standings and says he expects the 17-lap race to deliver.

“I think racing drivers, they just go when the lights are green, and hopefully not risking a lot,” said Wolff.

“It would be a shame if one of the frontrunners would not start where they should start on Sunday. But if it gets feisty, it gets feisty.”

The seven-time world champion was visibly emotional as the home crowd chanted his name, as he looks to add an eighth world title to his name this season.

Cheers echoed around Silverstone, as Hamilton climbed out of the car, with Union Jack flags fluttering in the Silverstone breeze, as the sun beamed down on the world champion, who thanked the fans for their input.

“I’m so grateful to see everyone here,” said Hamilton.

“We’ve missed you for a whole year so to come to the Silverstone Grand Prix and have a full crowd like this, you see the energy.

“And when I was coming into it I was hopeful that with the great work that we’ve done together with the team, plus the energy of the fans will get us there, so this is down to the fans.” 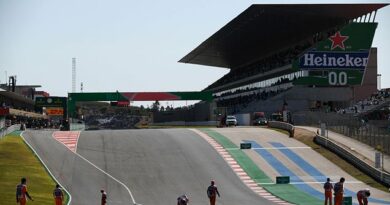 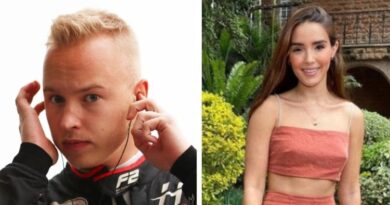