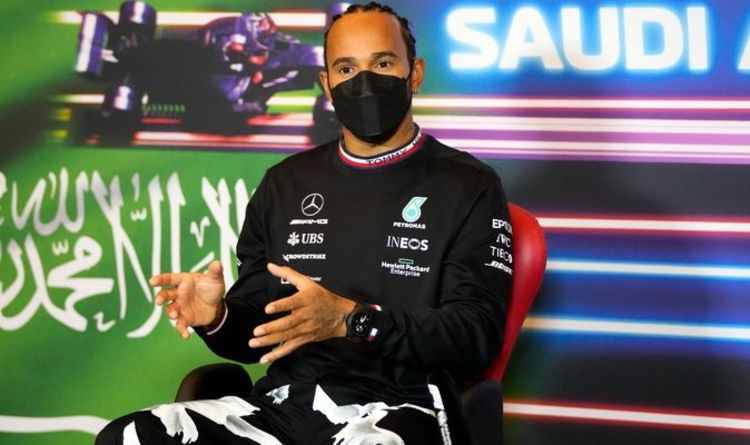 Lewis Hamilton is wary of areas of the Saudi Arabia track described as “danger zones.” The Briton topped the practice sessions on Friday ahead of the inaugural race and is in good shape ahead of today’s qualifying session.

However, the seven-time F1 champion has raised concerns about the Jeddah Corniche Circuit.

The self-proclaimed ‘fastest street track in F1”s closing speeds are alarmingly quick, with Hamilton’s laps showing him haring up behind slower cars waiting to prepare for a lap.

But reflecting on the traffic encountered in the second practice session that may well pose an issue going into qualifying, Hamilton said: “Yeah, that’s definitely a lot worse than a lot of places we go to – Monaco-esque.

“The closing-difference speeds is definitely getting to a bit of a danger zone.”

“It really is incredibly fast, a lot of grip as well and once you get the rhythm, it’s beautiful to drive.”

Hamilton, who is aiming for a record eighth world title, is impressed with the amount of grip on offer at the circuit, which will host an F1 race for the first time on Sunday.

“What I noticed straight away was the grip was very, very high from the moment we went out,” assessed Hamilton.

“We tried a couple of different things with the set-up. We’re not rapid on a single lap compared to the others but our long-run pace seemed like it was not too bad so who knows what’s going to happen?”

Despite getting a good run on the track during practice, the 36-year-old stressed the importance of building confidence on this track as he bids to win the penultimate race of the season.

He explained: “I don’t feel like I’ve had to build up confidence. It is a track where you can’t go flat out into it, you have to build up into it.”

Since arriving in Jeddah, Hamilton has spoken of his discomfort surrounding racing in Saudi Arabia, adding he believes he is now “duty-bound” to continue to raise awareness for certain issues, including women’s and LGBTQ+ rights in countries with questionable human rights records.

The event has faced criticism from many organisations, and on Wednesday, Human Rights Watch expressed concern to Formula One about what they felt was “a deliberate strategy to deflect attention from its pervasive human rights abuses” by holding a race in Jeddah.

“As I said last race, I felt that the sport and we are duty-bound to make sure that we try to help raise awareness for certain issues that we’ve seen, particularly human rights in these countries that we’re going to,” said Hamilton during Thursday’s press conference.

Despite concerns, the Mercedes driver added that he had received “a warm welcome from people on the ground” but admitted he did have issues with F1 racing there and what it meant to F1’s ‘We Race As One’ slogan.

“I can’t pretend to be the most knowledgeable and have the deepest of understanding of someone that has grown up in the community here that is heavily affected by certain rules and the regime,” the Mercedes driver added.

“Do I feel comfortable here? I wouldn’t say I do, but it’s not my choice to be here.” 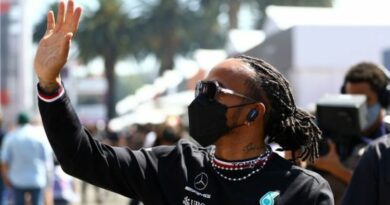