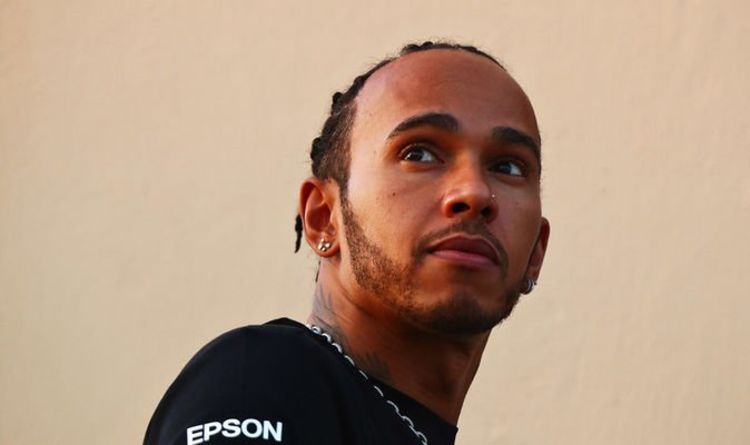 The 2021 Russian Grand Prix takes place at the Sochi Autodrom in the south of the country this weekend. Red Bull’s Max Verstappen is looking to overcome a grid penalty to beat Lewis Hamilton in the Mercedes as both drivers battle it out for the world championship. The Russian Grand Prix has been a track where Hamilton’s Mercedes teammate, Valterri Bottas, has impressed in recent years. Despite this, Sochi has hardly been a harmonious setting for Mercedes. In 2018, Hamilton won the race and his teammate Bottas came home in second.

However, this result was only possible thanks to the Finn’s selflessness, allowing Hamilton to pass him to secure a race win and strengthen his title credentials.

Bottas was responding to team orders, and despite the win, Hamilton said he was not proud to take the chequered flag on this occasion.

He said: “It is definitely a win on my list of wins that I am least proud of.

“The strangest day I can remember in my career. I want to win the right way. As racing drivers we exist to win; if you tell us we can’t, it is like you are taking our life away.

“I would never wish it on someone else and I would never ask for it ever. I made sure in a meeting that they knew this is not how I want to win.”

He said: “It’s deflating for drivers and for a team but there is a harsh reality also.

“On a day like this you can extend the lead by seven points more in a championship that has been very tough and difficult at times, so you have to take it.”

Hamilton echoed this rationale, adding: “The team were considering the car breaking down or losing two more engines.

“We could lose the championship and that was their reasoning, hard as it is to swallow.”

Bottas also stepped up and explained why he was happy to surrender the race lead for the good of the team.

He said: “Lewis is fighting for the drivers’ championship and I’m not. From the team’s point of view it was the ideal result today. Maybe not ideal for me but for the team, yes.”

In 2020’s Russian Grand Prix, Bottas did manage to take the win, but not without controversy of his own.

Some suggested Bottas deliberately slowed down to ensure he qualified in third, handing him the advantage of slipstream for the long straight at the start of the Sochi circuit.

It certainly paid off, however, as Bottas secured victory in the race.

Following the Grand Prix, he addressed his critics, saying: “For my critics… to whom it may concern, f*** you.”

He added: “It always just comes from inside. A bit of a build up of, not frustration, but a few disappointing races.

“Obviously giving everything every single weekend and being this close to win, now finally got it and finally things went my way as well. I consider myself a bit lucky today as well. I take it, I feel I’ve earned it.”

Hamilton had a much more chaotic weekend – he was given a 10-second penalty after performing two illegal practice starts.

The seven-time world champion lamented the decision, saying: “I’m pretty sure no one has ever got two five-second penalties for something so ridiculous before.

“I didn’t put anyone in danger, I’ve done this at a million tracks over the years and never been questioned. But it is to be expected. They are trying to stop me.

“Whenever a team is at the front, you face scrutiny. Everything on our car is checked, double-checked, ­triple-checked.

“They are also changing rules such as the engine modes [believed to have favoured Mercedes in qualifying], so there are lots of things they are putting in the way to keep the racing exciting. It feels like we are fighting uphill.” 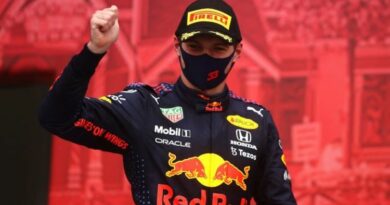 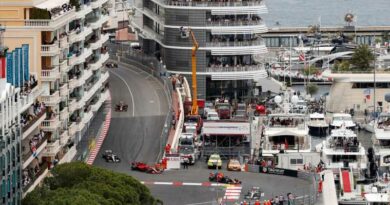