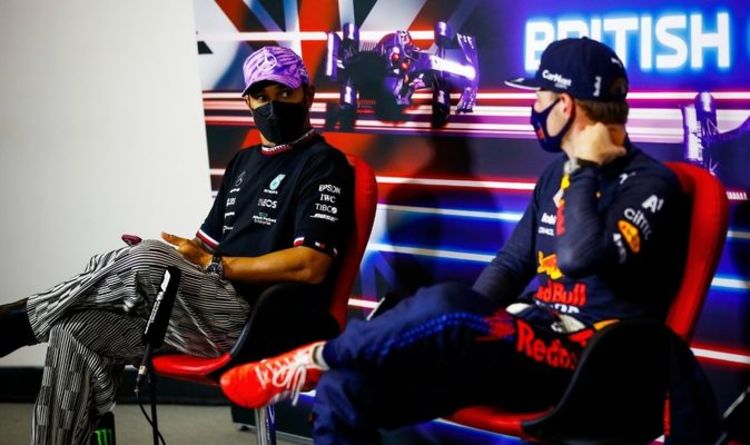 David Coulthard is the latest driver to give his view on the Lewis Hamilton and Max Verstappen crash that landed the Dutchman in hospital during the British Grand Prix.

The two came together after a ferocious battle on the opening lap of the Grand Prix that ultimately ended in tears for the Championship leader, who was speared off into the tyre barrier after contact with Hamilton at Turn Nine.

The Red Bull driver was able to extract himself from the car and walk away, however appeared visibly winded after the 51G shunt, and was subsequently transferred for further checks at a local hospital, before being discharged later that evening with no major injuries.

Hamilton was deemed to have caused the collision and was handed a ten-second time penalty for his part in the incident, yet still managed to fight back to win the race outright.

In the aftermath, team principal Christian Horner was fuming, branding Hamilton a “dirty driver” who drove like an “amateur” while chief advisor Helmut Marko demanded the FIA slap him with a race ban.

Mercedes however defended their driver, dismissing any suggestion Hamilton was undeserving of his victory, adding “a win is a win” and that they will “put it on the scorecard and move on.”

Coulthard, meanwhile, believed the penalty was a just punishment.

“Max gave Lewis enough room at that point and therefore, from my point of view, the accident was caused by Lewis,” Coulthard begins at Speedweek.

The former Red Bull Racing driver echoed what Red Bull boss Horner said after the race, claiming: “We all know Copse is not a corner to attack on the inside unless you’re really all the way there on the right.

“Then your opponent has plenty of room on the outside, but Lewis just wasn’t at the apex.

“It’s been like that between Senna and Prost, but also between Mansell and Piquet. Sometimes these things happen between two top drivers. The most important thing then is just that nobody gets hurt,” Coulthard concluded.

Horner believed the seven-time world champion drove in a way that directly put Verstappen’s life at risk, adding: “Of course, you are putting a fellow competitor’s safety in jeopardy.

“A move at that corner, every GP driver knows that it is a massive risk that you do not stick a wheel up the inside there without there being huge consequences.

“We are lucky that there wasn’t someone seriously hurt.

“That’s what I’m most angry about – the lack of judgment or misjudgment and desperation in this move.

“Thankfully, we got away with it today, had that been an awful lot worse, a 10-second penalty would have looked pretty meaningless.”

The result means that Mercedes have now slashed Red Bull’s advantage in both the driver and team standings, with Verstappen scoring no points, with just eight points between him and Hamilton heading to Hungary.