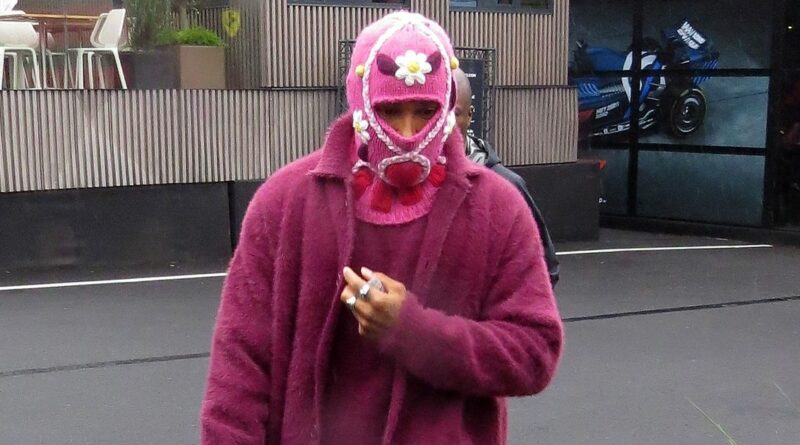 F1 fans have blasted Lewis Hamilton for his choice of attire at the Belgian Grand Prix over the weekend.

Hamilton turned up to Spa wearing a purple cardigan and trousers with an eye-catching pink knitted balaclava, complete with some sunflowers. While the Brit is known for his keen sense of fashion, some fand thought this was too far out there.

And some took to Twitter to joke the Brit was wearing their grandma's 'tea cosy'. Fans joked on social media to add more misery to a difficult weekend in Belgium for the Mercedes man.

One fan tweeted: "Ok #LewisHamilton I love you and all that, but what on earth is this hat? My nan's tea cosy?"

"I find him one of the most inspirational sportspeople ever. But yeah, that’s a daft hat right there," a second added. While a third tweeted: "Had to be a bet! This can’t be serious coz asked my niece and nephew if they would wear it and they both won’t stop laughing!"

A fourth tweeted: "When nan knits you a jumper and your parents force you to wear it on a visit…"

What do you think of the outfit? Let us know in the comments section

Things weren't much better for the Brit on the track, and the Mercedes man was forced to pull out of the Grand Prix on the opening lap of the race.

Hamilton ended up with two wheels off the ground as his Mercedes collided with Fernando Alonso – prompting his former teammate to call him an "idiot". After the race, Hamilton said: "Just didn't leave quite enough space. Wasn't intentional. Just happened."

Max Verstappen proved untouchable as he weaved his way through the grid to extend his lead at the top of the Drivers World Championship.