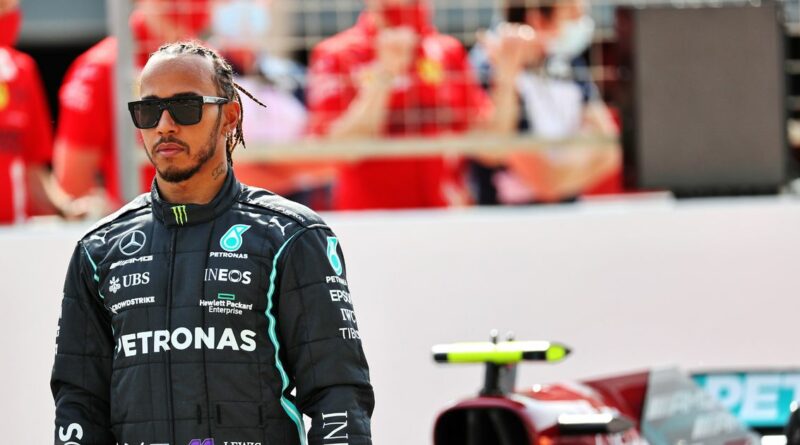 Damon Hill has hailed Lewis Hamilton's record-breaking Formula One heroics as "immeasurable" ahead of the Briton's pursuit for more history.

The 36-year-old Briton is also set to become the first driver to win 100 grands prix, his tally now on 95, but his latest contract runs only to the end of this year and the future remains uncertain.

And so, ahead of this weekend's 2021 curtain-raiser in Bahrain – in what could be Hamilton's final hurrah in F1 – Sky Sports have released an inspiring video charting his remarkable rise through the motorsport ranks.

The Stevenage-born ace has come a long way since his maiden world title triumph back in 2008 – and Sky Sports F1 trio Hill, Martin Brundle and Jenson Button hailed their compratiot.

Speaking in the video, Hill touched on Hamilton's performance in the junior ranks and talked up his chances of usurping the great Schumacher this season.

The 1996 world champ said: "What Lewis has done for the sport is almost immeasurable. It was pretty obvious he was always going to be great.

"It's an incredible story of achievement."

Brundle, the former F1 star, added: "It was clear from his junior racing that Lewis would be a world champion.

"He had the confidence and the speed from the first lap.

"Lewis has transcended Formula 1, he goes way beyond the track.

"He's always saying to young people, believe in yourself.

"It's going to be very exciting for Formula 1, if Lewis does move clear of Michael Schumacher's seven world titles."

Button is another Sky Sports pundit who is also in awe of Hamilton's journey, having partnered the Brit for three seasons at McLaren.

And the 2009 world champ fondly remembers Hamilton's first-ever world title, which saw him pass Timo Glock in the final seconds to secure enough points for the championship crown.

Button added: "Lewis has created so many memories, and broken so many records.

"It came down to the final corner, he made the move on Glock, for a very exciting victory for Lewis Hamilton."

Watch every race of the 2021 F1 season exclusively live on Sky Sports F1 and NOW, starting in Bahrain this weekend

British GP latest: Silverstone boss on how they are looking to help F1