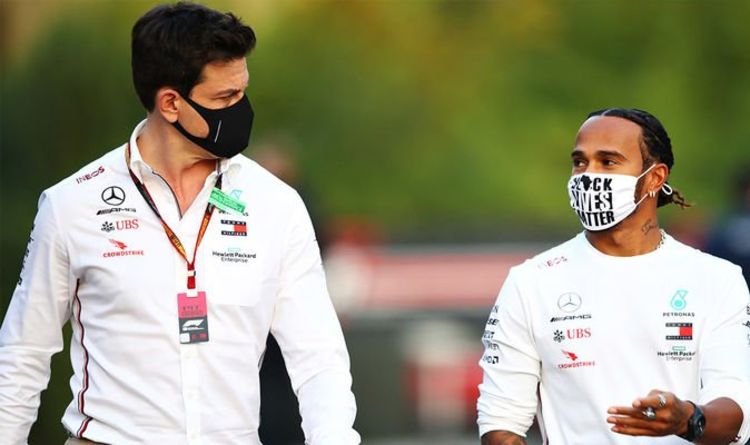 Lewis Hamilton will decide his future after the FIA concludes its investigation into last season’s Abu Dhabi Grand Prix, as insiders claim the seven-time world champion has lost faith in the governing body. The FIA has launched an inquiry into the events at Yas Marina and is aware of both Hamilton’s unhappiness and that there is a big task to win back the British racing superstar’s confidence. Hamilton was denied his eighth world title after a controversial call to allow lapped cars to overtake the safety car helped Max Verstappen pass the Briton on the last lap and seal his first championship.

New president of the governing body, Mohammed Bin Sulayem (We’re going with Bin mate, weird one I know!), said he has reached out to Hamilton.

He added: “I don’t think he’s 100% ready to respond right now. We don’t blame him. I understand his position.”

Wolff and Hamilton have enjoyed great success together – Mercedes have won the constructors’ title every year since 2014, and Hamilton has won six of his seven drivers’ titles with the team.

But, as Wolff told the Daily Mail in November, the relationship between the two heavyweights of Formula 1 hasn’t always been plain sailing.

Wolff admitted that he and Hamilton used to clash in the early days of the Briton’s career with the team.

He said: “This is Mercedes. We have no place for the genius jerk.

“Even a superstar driver has to respect team values. But with Lewis, we’ve been eight years together now. He’s not an arrogant, spoiled little kid.

“He’s a mature racer who has won seven titles, six with us, so we can take those moments, it’s part of our role to be a trash bin for the driver sometimes.

“In the car, you can get very frustrated and emotional. You are racing at 200mph, in the rain, you have no idea about the overall picture of the race and decisions are being made that you cannot understand.

“In the early years I would bite back at Lewis. He was very young and I had to make the point that I wouldn’t allow the driver to bad-mouth the team, but we’ve been moved on from there a long time.

“Still, I wouldn’t hesitate in the future if a driver talked bad about the team or wasn’t appropriate, I would first deal with it internally and if that didn’t yield results I would take the driver out of the car. On the bench, yes.

“I don’t think that would ever be Lewis. He’s a team member, not a contractor, a driver that comes and goes. We’ve been together since 2013.

“We know each other so well, there’s so much trust and respect.”

Wolff has worked with senior professionals in Hamilton and Valtteri Bottas in recent years, but will once again be dealing with a young, ambitious figure in George Russell next season.

The young Briton is joining Mercedes from Williams, and his fiery side was on full display at the start of last season.

This was seen at Imola in April, when Russell appeared to swipe Bottas across the helmet after they crashed.

Russell apologised after the race, saying: “[Sunday] wasn’t my proudest day. I knew it would be one of the best opportunities to score points this season and, when these points matter as much as they do to us right now, sometimes you take risks. It didn’t pay off and I have to take responsibility for that.

“Having had time to reflect on what happened afterwards, I know I should have handled the whole situation better.

“Emotions can run high in the heat of the moment and mine got the better of me. I apologise to Valtteri, my team, and anyone who felt let down by my actions. That’s not who I am and I expect more from myself, as I know others expect from me.

“I have learned some tough lessons this weekend and will come out of this a better driver and a better person for the experience.” 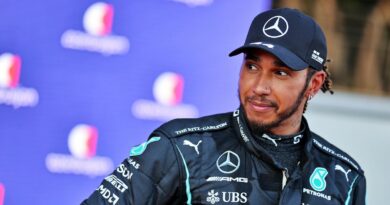