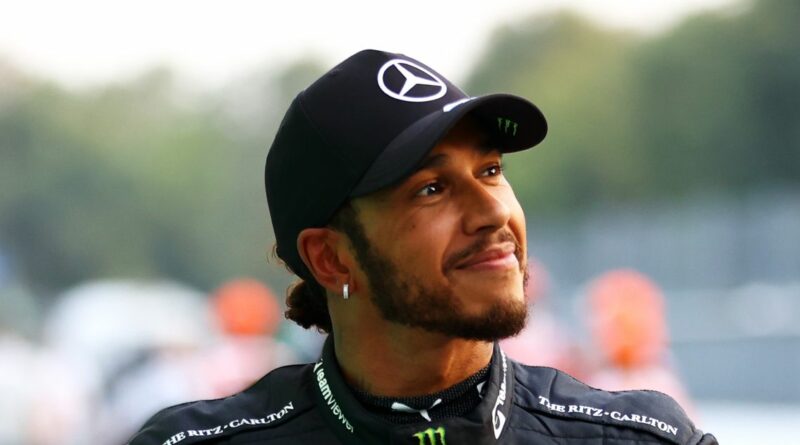 Lewis Hamilton has been mocked by Jeremy Clarkson for his latest eccentric outfit after he was pictured wearing a kilt ahead of the Turkish Grand Prix.

The seven-time world champion arrived at the Istanbul Park circuit on Thursday wearing a Burberry kilt and trousers combination along with sunglasses and a man bag.

This is the latest in a string of polarising outfits that the Mercedes driver has worn, after he recently attended the Met Gala wearing a net skirt and a see-through mesh shirt.

Hamilton qualified fastest for Sunday's race but will start in 11th on the grid due to a 10-place penalty. Writing in his column for The Sun, Clarkson could not resist mocking Hamilton's choice of clothing as he wrote: “According to a report in yesterday’s Sun, the unusual outfit Lewis Hamilton wore as he arrived in Turkey, for this weekend’s Grand Prix ‘split opinion’.

“Hmmm. That would suggest there are some people out there who liked it. And I’m not sure there are.”

While Clarkson may not be alone in not being a fan of Hamilton's outfit in Turkey, many on social media were quick to share their approval of Hamilton's clothing.

One fan tweeted: “Don’t miss the detail in the shoes. It matches the top.

Was Lewis Hamilton's look at the Turkish Grand Prix a fashion failure? Let us know in the comments section below. “Go Sir Lewis, a masterclass in cultural fluency, this is what it means in practice. This is what respect for others mean in practice!”

Hamilton has also spoken about his outfit, telling the media: "It's quite daring. I really like what Burberry is doing, and I just love the outfit.

"I go through all these different images online and find things that I like. I did a shoot with GQ a couple years ago with a kilt, and it was one that we specially made with Tommy Hilfiger, which was again just gender-neutral.

"Anyone can wear whatever they want. There will be people that don't understand it, but that's OK. "Hopefully they'll eventually go through the opening of their mind phase and let people be who they want to be."

The 36-year-old currently leads the Drivers' Championship by two points ahead of Red Bull's Max Verstappen as he chases a record eighth title.

However, he will start in 11th place on the grid on Sunday after taking a 10-place penalty for installing a new engine, with his teammate Valteri Bottas starting on pole instead.

Dutch, Spanish and Monaco Grands Prix all OFF amid coronavirus crisis