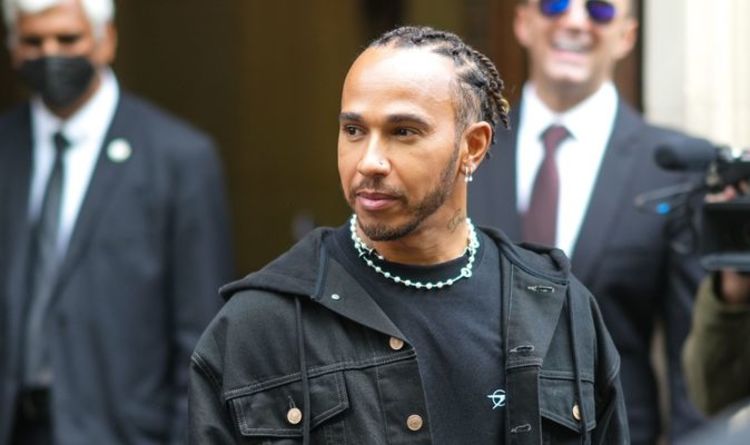 Lewis Hamilton’s struggle to bypass Lando Norris in the final race at the Austrian Grand Prix has been explained by Mercedes, who have described the drive by Norris as “pretty much perfect”.

The McLaren driver prevented Hamilton from overtaking for 15 laps of the race by was eventually passed by the world champion, who was heard praising Norris over his team radio.

However, Norris was then able to repass his fellow Brit when Hamilton’s vehicle suffered damage to its left-rear brake duct while running over a kerb.

Hamilton was unable to catch up and eventually finished the Grand Prix in fourth behind Norris, Veltteri Bottas and runaway leader Max Verstappen.

Mercedes have now explained why the 36-year-old had such difficulty moving past Norris.

“Also, you have got to sit very close, you are around one second behind, you have less downforce, the car is sliding around and the tyres get hotter and you lose grip.

“So it took Lewis most of that stint and once he did get by, you saw that he was able to pull a bit of a gap.

“He also commented about how Lando was driving so well.

“What he meant there was simply that Lando wasn’t making any mistakes.

“When they are behind another driver, what they are really looking for is that driver to lock a wheel or get a snap of oversteer on exit that just holds them back enough so that they can actually make the move, but unfortunately for Lewis through that stint Lando drove pretty much perfectly.”

Meanwhile, Hamilton ended speculation over his long-term future by signing a new contract with the Silver Arrows last week.

The Brit had only agreed fresh terms in February but that deal would only have taken him to the end of the current season.

He has now renewed his contract until the end of 2023.

“We’ve accomplished so much together but we still have a lot to achieve, both on and off the track,” Hamilton said.

“I’m incredibly proud and grateful of how Mercedes has supported me in my drive to improve diversity and equality in our sport.

“They have held themselves accountable and made important strides in creating a more diverse team and inclusive environment.

“Thank you to all the dedicated and talented individuals at Mercedes whose hard work makes it all possible and the Board for their continued trust in me.

“We’re entering a new era of car which will be challenging and exciting and I can’t wait to see what else we can achieve together.”
Source: Read Full Article