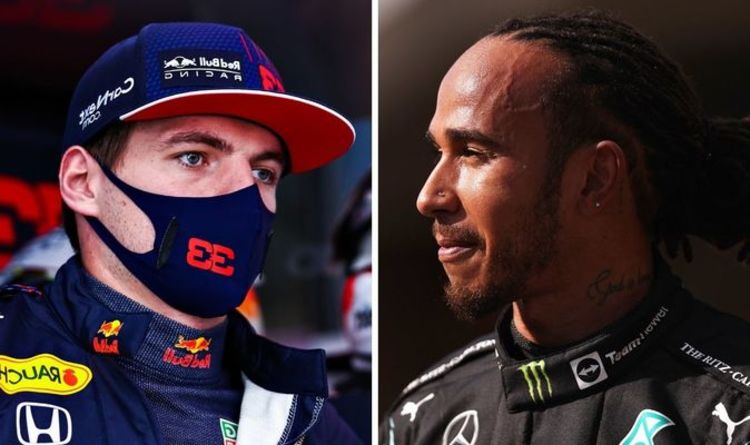 McLaren star Lando Norris reckons we’ve seen “a new side” of Lewis Hamilton this season as the seven-time world champion remains engulfed in a fierce battle with Red Bull’s Max Verstappen with just two races remaining of the season. The Red Bull driver has pushed Hamilton to the limit this year, in what the 36-year-old has described as “aggressive” driving by the Dutchman as the pair battle it out to become the 2021 world champion.

Despite years of experience and seven titles under his belt, there has been a clear change of tactics from Hamilton to defend hard against the current championship leader.

With over a decade in age separating the two, Norris believes it could be a sign of what is to come between Hamilton and his new Mercedes team-mate George Russell, who also shares a 12 year age gap.

When asked his thoughts by Express Sport on the upcoming pairing, Lando responded, smiling: “I look forward to that one, just because it’s a new and upcoming driver in George vs Lewis.

“I think you’ve definitely seen a new side of Lewis this year, he’s in a proper battle with someone, and that someone is also someone much younger.

“That definitely changes a little bit of just how someone would think.”

When pushed on how it may change, Lando responded: “Not sure, I’m not in that position. I don’t know, but it would. if you knew you were racing someone who was 36 like Lewis, but then you realise he’s 24-year-old, then, of course, you’ll think he’s doing very well for being such a young age and so on.

“I don’t know what it would make you think, but you would think of it at some point, and if you think about it, there’s going to be an effect from it.

“It’s tricky because if Max was just doing well, but not challenging Lewis, I think you’d get much more of the ‘he’s a great driver, he’s doing really well, hopefully, he can challenge me at some point,’ but of course when he’s suddenly there, it changes a lot.”

Lando is known for his friendships on the grid, with his former McLaren team-mate Carlos Sainz Jnr often referenced to after his move to Ferrari, with many asking about their relationship off track now they’re no longer at the same team.

Norris has also formed bonds with some of the other younger drivers on the grid, with Ferrari’s Charles Leclerc, Russell, and Alex Albon sharing their journey through the junior categories.

But despite strong friendships off-track, Norris accepts their relationships could change over the years.

“We’re still at the point with George and myself and Alex and Charles [where] there’s a lot of compliments and we get along and we chat.

“But things always change when you become competitive against each other.

“We’re still in a friendly phase because we never raced each other. But if all of sudden we go into next year and in the middle of the championship it’s me and Max and Lewis, I don’t think there will be as much Mr Nice Guy. That’s just the way it works.”

The championship continues on Sunday, with Verstappen and Hamilton set to go head to head again.

With only two races remaining in Saudi Arabia and Abu Dhabi and eight points separating the two, Verstappen is the only driver who can mathematically win the title at the penultimate round, if Hamilton has a disastrous weekend.

The Dutchman would need to secure the fastest lap alongside a win, with Hamilton finishing sixth or lower, or he wins and the Briton is seventh or lower. 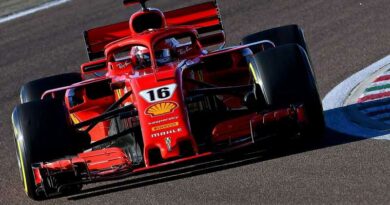