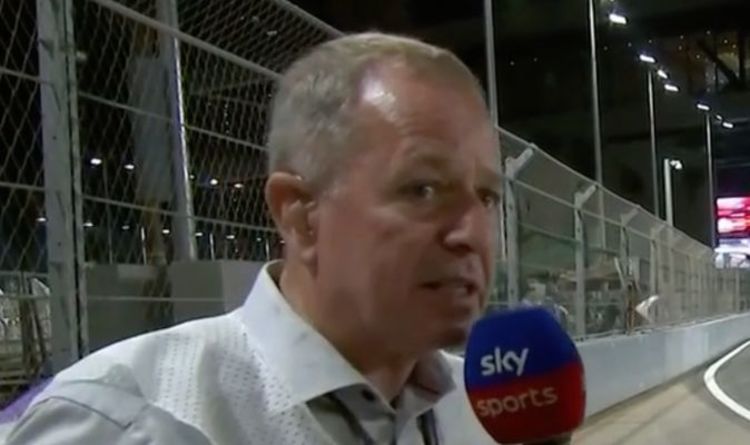 Martin Brundle has demanded that drivers follow a “code of conduct” on the Saudi Arabian Grand Prix track during Saturday’s qualifying session. The circuit has already been deemed ‘dangerous’ by former drivers and Charles Leclerc was fortunate to come away unscathed following an accident in FP2.

Sunday’s race is likely to be keenly contested, with Max Verstappen in with a chance of sealing the World Championship.

His rival Lewis Hamilton, who sits eight points behind in the leaderboard, will attempt to deny the Belgian that opportunity.

The pair’s rivalry has been one of the highlights of the 2021 season. They have collided several times in their attempts to gain an advantage.

However, former F1 driver Brundle has demanded that racers stick to an agreed code of conduct, with the track in Jeddah prompting some concerns.

“They are turning up here at such incredible speeds,” Brundle said on Sky Sports while watching on trackside at Turns 22-23 during the second practice race.

“I’ve seen quite a few near-misses with cars through here at different speeds.

“I’d like to see a code of conduct for how they are going to give each other space in places like this when on hot laps or not.”

Brundle’s comments come after former Mercedes driver Nico Rosberg conceded he is glad he will not be taking part in the race.

The German, who retired in 2016, called the new track ‘completely nuts’ and ‘dangerous’ during a YouTube video in which he simulates a lap.

He then continues: “It’s so fast, there is no run-off. There is a corner at the back where you’re doing eighth gear and you downshift into seventh, and the corner is almost flat. On the right, there is a wall.

“This is going to be nuts. It is so crazy. And, honestly, this is so crazy that I am happy not to be in the car for this race weekend.

“I’m not in the car and it will be exciting to see how they will all get on.”

During a later Q&A session, the 2016 World Champion added: “This is the ultimate challenge. This is dangerous, proper dangerous.

“The problem is, when you start going, it’s just so dusty and the sand is there, so it’s so slippery.

Ferrari driver Leclerc came away unscathed following a heavy crash during a practice race on the track.

With just minutes left of the hour-long session, Leclerc lost control of the rear of the car and landed heavily into the wall at high speed.

Leclerc was sent to the medical centre for further assessments but was later released.
Source: Read Full Article 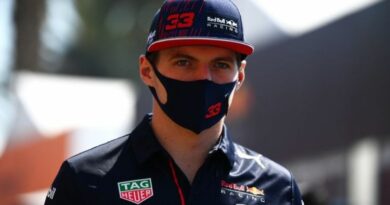