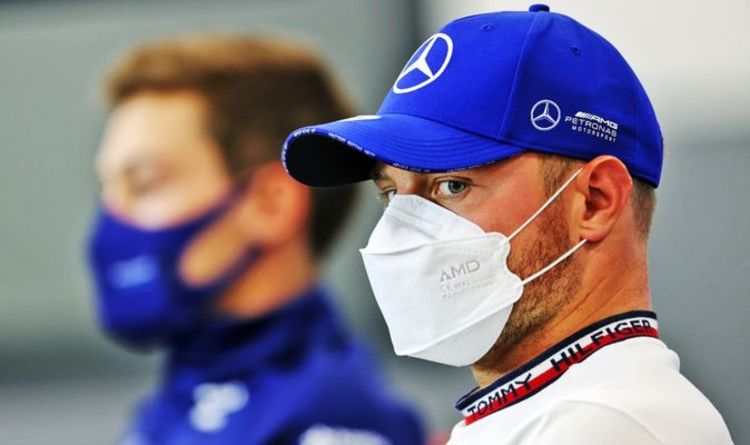 Martin Brundle has explained the decision that Mercedes face with regards to Lewis Hamilton’s team-mate for the 2022 F1 season, and has explained why the Brackley-based outfit may opt to stick with the incumbent Valtteri Bottas. Rumours about Bottas’ seat have been prevalent all year, with Williams’ George Russell the name touted as his likely replacement.

Brundle, who raced in F1 between 1984 and 1996 for a variety of teams before becoming a leading broadcaster on the sport, was speaking on Sky Sports when he laid out the grounds for retaining the Finn.

Brundle said: “If you want to make the case for Valtteri, he’s very comfortable in the team, they know him, they know how he fits in the car.

“Continuity, especially with so many incredible changes we have coming in 2022 with the new car.

“Lewis is comfortable, he knows he’s got him covered. Valtteri is fast enough to participate and help drive the car forward and the team forward, but at the end of the day Lewis always will have him over the course of a season.

“Although Valtteri has won one race in the last 27 Grand Prix, to be that close to Lewis in race pace and qualifying pace is very impressive to say the least – I’d love to be half a tenth behind Lewis Hamilton that’s for sure.

“But, is he the man for the future? I’m sure Lewis really doesn’t need a feisty, puppy dog like George turning up.

“It will destabilise things and Toto [Woff, Mercedes’ team principal] knows that well, so if we’re making the case for Bottas, there you go.”

Bottas has been at Mercedes since 2017, joining the team after the shock retirement of Nico Rosberg straight after the German won the 2016 title.

Russell on the other hand has limited experience in F1, particularly in competitive cars, but has shown considerable mettle in his three years at Williams.

The 23-year-old’s contract at the team expires at the end of this year, making it very simple for Wolff if he did want to hire the Englishman, who drove for Mercedes as a junior.

Bottas showed excellent form in the practice sessions at the Belgian Grand Prix on Friday in spite of the uncertainty around his future.

He completed the fastest lap time in first practice as Hamilton was slowed by an incident with Nicholas Latifi. In the second session of the day, he posted the second fastest time behind Max Verstappen’s Red Bull.

The final free practice takes place on Saturday morning, with qualifying getting underway at 2pm BST.

Red Bull and Verstappen face an anxious wait after the Dutchman crashed in the final moments of Friday’s second session.

Christian Horner’s team will be praying that the damage is not significant enough to affect performance as Verstappen looks to close the eight-point gap between himself and Hamilton at the top of the Drivers’ Championship standings. 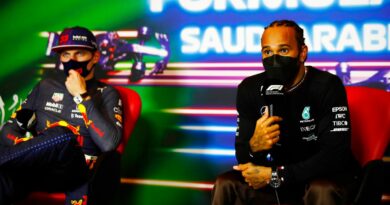 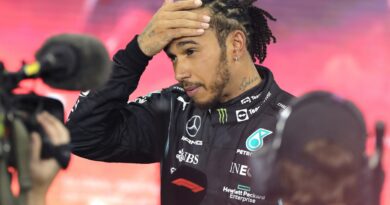