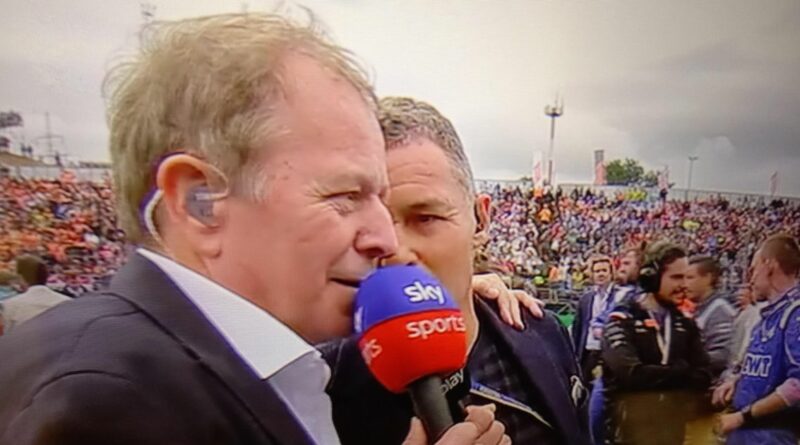 Martin Brundle’s F1 grid walks have become the stuff of legend over the years.

This year alone they have produced numerous memorable and comedic moments. Brundle has interviewed – and been shunned by – a variety of F1 drivers and celebrities from sport, film, music and social media over the years.

Ahead of the Hungarian Grand Prix, Brundle undertook a grid walk with a difference. Instead of strolling down the grid talking to whoever he comes across, he focused on the Alpine team and their preparations for the race. Brundle interviewed team personnel and was hoping to grab a word with Fernando Alonso, who was involved in a deep conversation with one of his engineers. The Spaniard gestured to Brundle, indicating he wasn’t free for a chat right then.

He bided his time, waiting for their conversation to end, only to be ambushed by a fellow F1 interviewer, Tom Kristensen, who unexpectedly grilled Brundle about George Russell’s chances of converting his pole position into a race victory.

“Can Geroge Russell make this one?,” Kristensen asked. Brundle replied: “Yes, he can. If he can get out front and get his elbows out, he can win this grand prix.”

Brundle added: “The problem he’s got is that Ferrari have got two cars [up front], they can play a different strategy game and undercut him.”

What's your favourite Martin Brundle grid walk moment? Tell us in the comments section below.

He then had another go at speaking to Alonso, again to no avail. “Are we going to talk to you, Fernando, or shall I go?”

When Alonso again declined, albeit politely, Brundle said: “I’m out of here then, have a great race” before telling the viewers: “That’s fair enough, what he’s saying is that he’s got a lot of discussions [to have].” 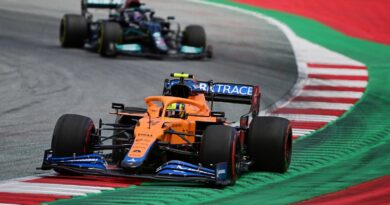 F1: Lando Norris reveals why he will not hold up Lewis Hamilton’s Brazilian Grand Prix charge